Home » Woolseyisms and the Difficulties of Localizing Japanese Role-Playing Games

Woolseyisms and the Difficulties of Localizing Japanese Role-Playing Games 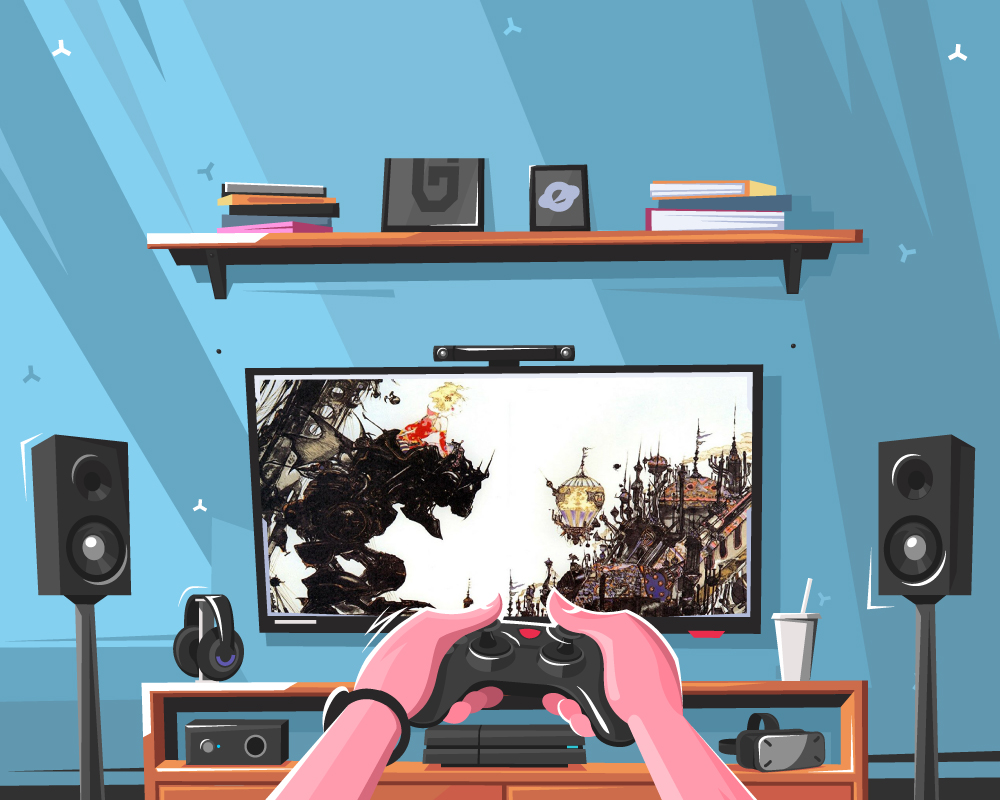 It’s easy to become emotionally attached to the characters and stories in video games.
However, we often forget that the people who translated foreign games and added their own flavour to their characters, stories, and worlds deserve a modicum of credit for guiding our way through these experiences. It’s all right to journey for 80+ hours with bland wooden heroes. However, it is much better when you come away from the adventure bright-eyed and full of memories of grinding out varied dungeons with a revolving party of memorable characters blurting out catchy one-liners.

Ted Woolsey is considered something of a videogame-localization pioneer. In an era when story and dialogue were mere afterthoughts, relying on stiff and often mangled literal translations from their Japanese counterparts, Woolsey’s scripts were clean, memorable, and had an unmistakable touch of humanity. He is also famous for having translated the scripts of many groundbreaking games in a way that kept the source material’s spirit while also creating a coherent storyline. Fans sometimes refer to these translations in the gaming industry as “Woolseyisms.”
Sometimes, “Woolseyism” is used when there’s a drastic difference between languages and cultures. This could be due to a word or phrase that doesn’t have an equivalent translation in another language or dialect, or sometimes it’s just because of a pun or shout-out to pop culture. We usually refer to this as transcreation, where the translator goes beyond simple language translation and localization.
In this blog, we will be looking at how the word “Woolseyism” came into use online, how its namesake changed how Japanese RPGs were localized for a western market and the difficulties that arose in the process, particularly with the Final Fantasy games.

Who is Ted Woolsey?

Even though Woolsey worked on a handful of games (they were groundbreaking at the time), his work can be felt in games today. Some examples of Woolseyisms that he had his hand in (and didn’t) can be seen below.
● In Final Fantasy XIV, players can battle a manifestation of Kefka, the villain from Final Fantasy VI who cackles about making “a monument to non-existence”—a line Woolsey translated and wrote for the mad clown all the way back in 1994.
● The name of “Espers” for the summoned beasts in Final Fantasy was another Woolseyism–in Japanese, they were called genjū (幻獣), which roughly means “phantom beast”, a term used in many other games in the series. The name change was used to reach the six-character limit (five for menus) and was appreciated for being unique. Later localizations have similarly deviated from the Japanese term to significant effect on the script (Eidolon in particular), and Final Fantasy XII re-used it as a homage.
● When attempting to fit spells into the six-character limit the Final Fantasy games had, some creative solutions had to be implemented, no matter how inelegant they were, such as ANTDOT is “Antidote” and MERTON is “Meltdown.”
● In Final Fantasy XIII, the names for the classes in the Paradigm shift are described as more of a gameplay term in Japan. In Japanese, they translate to Attacker, Blaster, Defender, Enhancer, Jammer, and Healer. In English, at least, they’re translated to appear more like military roles, so they’re Commando, Ravager, Sentinel, Synergist, Saboteur, and Medic (respectively). The French version uses literal translation and Woolseyism for the Paradigm: Attaquant, Ravageur, Défenseur, Tacticien, Saboteur and Soigneur.
● In Metal Gear Solid, Mei Ling, a character responsible for saving the game, would read out a Chinese proverb and then read out the same characters with a coherent Japanese reading to relate to Snake’s current situation. Since it was completely untranslatable, the localizer rewrote Mei Ling’s dialogue from the ground up. Which resulted in her sphere being broadened–she now quoted Western literature and various thinkers as well as more common Chinese proverbs.
● One excellent Woolseyism occurs in the first two Shadow Hearts games, where, for the US and EU releases, the Half-Japanese, Half-Russian male lead’s name is changed from pseudo-Russian Foreign Sounding “Urumunafu Borute Hyūgato” to “Yuri Hyuga”, a name that’s authentically both Russian and Japanese…even if it’s generally used for differing genders in the countries (male in Russia, female in Japan).
● Many American and European Sonic the Hedgehog fans still prefer “Robotnik” over the Japanese “Eggman”, even after the name Eggman got transplanted into the Western continuity in the Sonic Adventure games. Due to that, the creators made the villain’s name Dr Ivo “Eggman” Robotnik to appease both crowds.

Introducing RPGs to the West

In the 16-bit era, RPGs made a comeback. They were no longer just for hardcore geeks; now, everyone was crazy about them—including Westerners. The colourful sprites of Secret of Mana and the solemn backdrops of Final Fantasy VI (released in the West as Final Fantasy III) turned heads and won some hearts. In time, these new RPG fans and the weathered veterans who fell in love with the genre came to the same undeniable realization that many of Square’s games boasted next-level translations in a time when video game localizations were still infamous for being poorly done rush jobs.
Square often outdid itself with its Final Fantasy games, which were clear, competent and well-written. The localization for Final Fantasy VI is so ingrained in fans’ minds that particular character quirks and snippets of dialogue have carried over into our modern Final Fantasy games (up to and including next year’s release of Final Fantasy XVI). Even professional authors cite Final Fantasy VI as a significant inspiration for their works.
But Woolsey’s translations were not without their share of detractors. The conflict between people who prefer colourful, highly localized interpretations of Japanese content and people who prefer direct translations has been raging since the 16-bit RPG renaissance in 1991.
Woolsey’s appointment to head of localization was a happy accident. Before he arrived, localizing games was a haphazard task at Square, and several unusual “writers” contributed to the pot. Woolsey once said that the process of finalizing the text for the game had been so painfully unorganized—even the head of finance and the office admin worked on rewriting/editing the script until it passed the harsh certification standards at Nintendo of America.

Before working with Square, Woolsey wasn’t necessarily a fan of console RPGs (King’s Quest and similar PC RPGs were more his cup of tea). But the stories in Final Fantasy IV made him realize that he had much to learn about crafting compelling stories for the RPG genre. One of his first jobs was translating Final Fantasy Legend 3 for the Nintendo Game Boy.
Woolsey has said, “I learned a lot on that title. It was a long script with much complexity for a Game Boy videogame, and I started to get into the narrative voices. I think on that one, I tried playing with humour—and spotted scatological humour that wouldn’t pass muster at Nintendo of America.”
Before the Entertainment Software Ratings Board (ESRB) was implemented in 1994, Nintendo of America made it a rule not to include any violent or sexual content in its games. This list of things prohibited in video games included nudity, swearing, religious imagery or terminology (God, Satan, Buddha, Hell), the use of drugs or alcohol and the mention of death.
This posed a difficulty for the Final Fantasy games, as they are famous for having a vast array of characters that the player can control, but these poor little sprites sometimes have a very short life expectancy. When they’re not being stabbed, they’re choking on poison, falling into chasms, or getting squished between falling rocks. But they’re not dead. When your party fell in battle, it was all right for the original translation to suggest that you had been annihilated. What matters is that you didn’t actually die. You were “annihilated” or “obliterated” and only a quick revive away thanks to a mystical phoenix down. Those terms made it easier to get approval because it was much friendlier for younger audiences.

Even though Nintendo of America’s localization guidelines were long and exhaustive, they weren’t necessarily the biggest hindrance in translating Final Fantasy VI. Though Woolsey was instructed to revise and resubmit parts of his localization more than once, there were other challenges along the way. Given that a 32-meg cartridge game was (at the time) considered enormous—and had a price tag to match—unfurling Final Fantasy VI’s text from compact Japanese characters to the lengthy English alphabet required a lot of memory.
The biggest challenge in creating the game was trying to squeeze all the text onto a microchip the size of a postage stamp. Eventually, he had to put the art of translating the Japanese-English translation aside and primarily focus on making it fit into the ROM.
Woolsey hated chopping the script, but he knew it was necessary. “Final Fantasy VI was still one of the most expensive SNES titles shipped in North America due to the large memory capacity required to store the game,” he says. “That was a barrier to entry for the game for a large market of consumers.”
Even though it wasn’t unusual for RPGs to sell for nearly $100, Phantasy Star 4, the Sega Genesis’ best RPG, retailed for more than $80 thanks to its hefty 24 megs of memory. However, thanks to the CD format and looser memory restrictions as the technology improved, Final Fantasy VII successfully booted RPGs into mainstream popularity, dramatically lowering the price of those games.
Woolsey’s clever alterations to Final Fantasy VI’s script and dedication to the game’s characters echo in ways he never expected. Woolsey admits parts of Final Fantasy VI’s translation are odd. Sentences often feel truncated because of the strict memory limitations he worked with. Despite these problems, Woolsey’s Final Fantasy VI translation built up characters as no other RPG had at the time.

However, amongst all the praise, there was still an abundance of criticism, and not all were deserved. Woolsey did his best to prevent Nintendo’s rules from warping Final Fantasy VI’s story and dialogue. Unfortunately, it was difficult for critics to grasp the complicated compromises that went into localizing the game. It was much easier for them to get angry and lob accusations across the internet.
It wasn’t fun to stand in a stream of online verbal onslaught from fans, but Woolsey was willing to take the heat. He believed that when these kinds of game experiences deeply move people, they become defensive and inquisitive. In their eyes, he was one of the people between them and the ‘authentic experience’ they all hungered for.

Woolsey-like translations are only possible if you have a good translator, an adapter who understands the source material, good communication between all parties involved, and a good localization testing team in the case of video games. The best way to get these requirements is to either have a localization department within your company or hire a reliable outsourced translation company.
The success of the Japanese Role-Playing Game genre in the Western world can’t solely be credited to Ted Woolsey, as that would disregard the countless developers and teams that worked so hard to bring the games to life. However, his memorable translations left a lasting impact on the gaming industry as a whole, which is what we love most about translating—giving each project the love it deserves and the chance for it to succeed.
If you have a game that needs some attention in the linguistic department or wants to ask us a couple of questions about our methods, feel free to get in touch with us!
We would be more than happy to hear from you!
Share this article!