Home » Why humour is so hard to translate

Why humour is so hard to translate 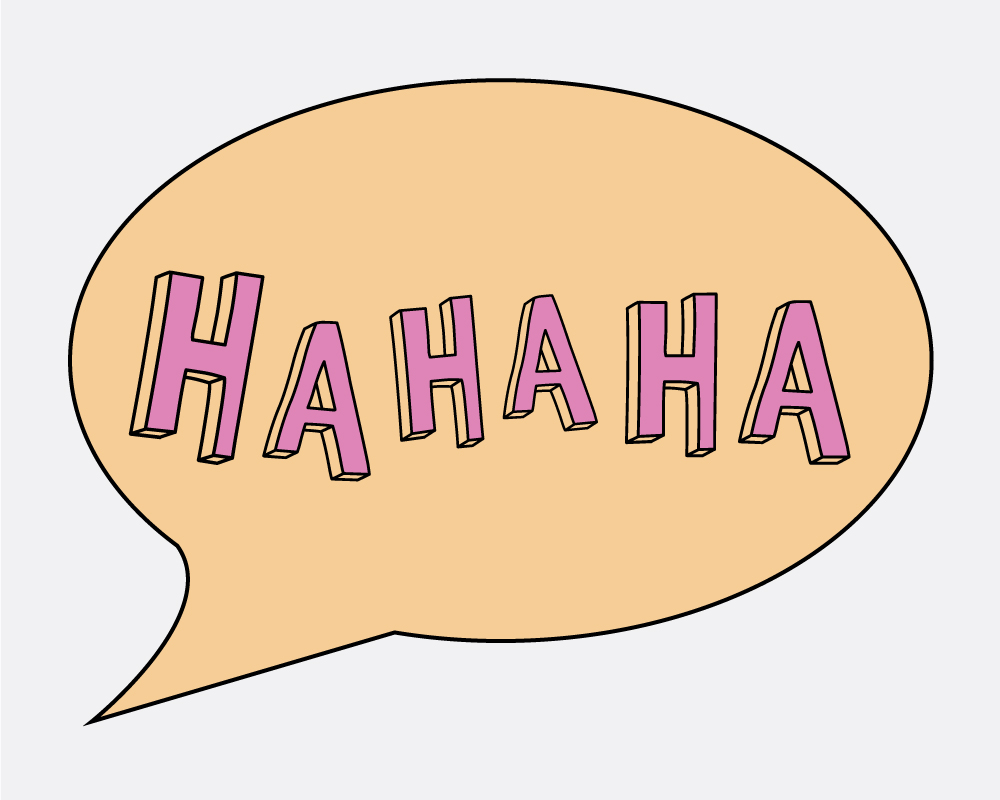 What is really humour?

Many linguists and scholars have tried to give a concrete definition of humour. However, it seems to be as challenging as translating it. Experienced translators sometimes argue that some forms of humour just remain untranslatable. According to Diot: “When it comes to translating humour, the operation proves to be as desperate as that of translating poetry” (Diot 1989: 84). The degree of untranslatability, whether relative or absolute, is often influenced by language and cultural factors. Humour occurs when rules don’t apply, when things are viewed out of the ordinary, and it might give a different perspective on facts or problems. Most of the time, humour is a type of social play, and when it works, people react with laughter. On the one hand, this means that any errors in translation will be quite evident; for instance, it will be clear that the translator made a mistake when no one laughs at the translated text. The “rules,” “expectations,” “solutions,” and agreements on “social play” are frequently culture-specific, which poses a challenge for the translator.

Is this really funny? I don’t get it!

Humour is complex. So many elements make it successful, and, on some occasions, translating it can end up in an incomprehensible disastrous remark. Humour is not just a construction of words. The majority of the time, it happens spontaneously during encounters between two individuals and is both an emotional and a cognitive process. While laughter as a reaction, as stated earlier, might much depend on preconceptions, associations, and cultural references, there’s also a lot of subjectivity.
Take, for example, a scenario where two colleagues work at a multicultural company. They have a discussion, and when the French employee cracks a joke, the Greek one forces a laugh out of courtesy, but deep down, the joke made no sense to her. The Greek employee pretended to find it funny, but in reality, there was nothing funny about what her colleague had said to her.
Ignorant of the cultural and language barrier, the French employee expected a different response; a genuine reaction or even a slight giggle. In this instance, humour presents itself as a discussion in which all parties must share a common history and culture in order to get a joke.

Translate this and make it funny again

Mark Kurlansky said: “I translated an Emile Zola book, ‘The Belly of Paris,’ because I didn’t find an existing translation that captured his sense of humour. Humour is the first victim of translation”. To interpret humour and cultural references for audiences, it takes a very talented translator, interpreter, or localization specialist. It becomes increasingly clear that navigating these perilous, humorous waters may require the intricacy of a multilingual brain.
The success of translating humour varies due to the subjectivity of what other people may or may not find funny. It also depends on the genre, as some forms of humour, especially situational or anecdotal ones that highlight universal aspects of human life and are amusing to people from all backgrounds, are typically easier to translate than wordplays, puns, or idioms that are unique to a particular language and culture. This particular quote will be tricky to translate into Greek:
“Cupcakes are muffins that believed in miracles”.
There is only one word for small cake in Greek, which is borrowed from English. To make matters worse, some people might not even find this quote witty at all.
The following pun, however, is an exception and succeeds in both two languages.
Both French and English speakers will enjoy this hilarious breakfast pun:
“Why do French people prefer to have small breakfasts? Because one egg is un oeuf!”
Un oeuf means “one egg” in French, and it is pronounced very similarly to “enough” in English.
Let us, though, remember that understanding a joke with two language references entails that you have at least acquired a level that allows you to.

Your language, your humour

Sometimes languages have nothing in common. While language reflects the values and beliefs of a culture and culture is expressed in language, there are languages that share nothing in common. For instance, a brief glance at all the Chinese idioms that include the word “family” demonstrates how important this notion is to the culture and provides some information on the make-up of the family and possible dynamics. Being able to truly understand people who (presumably) came from very different backgrounds in terms of values and ideas requires mastering the intricacies of a language.
Consider, for example, Arabic and English. They share little in common so translating humour requires lots of adjustments. A study conducted by Siddig Ahmed Ali, Professor of Applied Linguistics Qassim University, illustrates the following example:
“Don’t put words in people’s mouths, put turkey in people’s mouth.”
This expression is taken from Friends sitcom. It is hilarious in both languages. The meaning of this quote is obvious since its bottom line is shared in both languages. So, it is easy for a translator to convert it to its full meaning with its connotation and implication in the target language. However, the translator should choose a literal translation strategy over a free translation strategy to keep the funny part of the expression. The researcher’s inspiration came from the observation that even if a comedy may include Arabic subtitles, the target audience has difficulty laughing or even smiling when watching it. 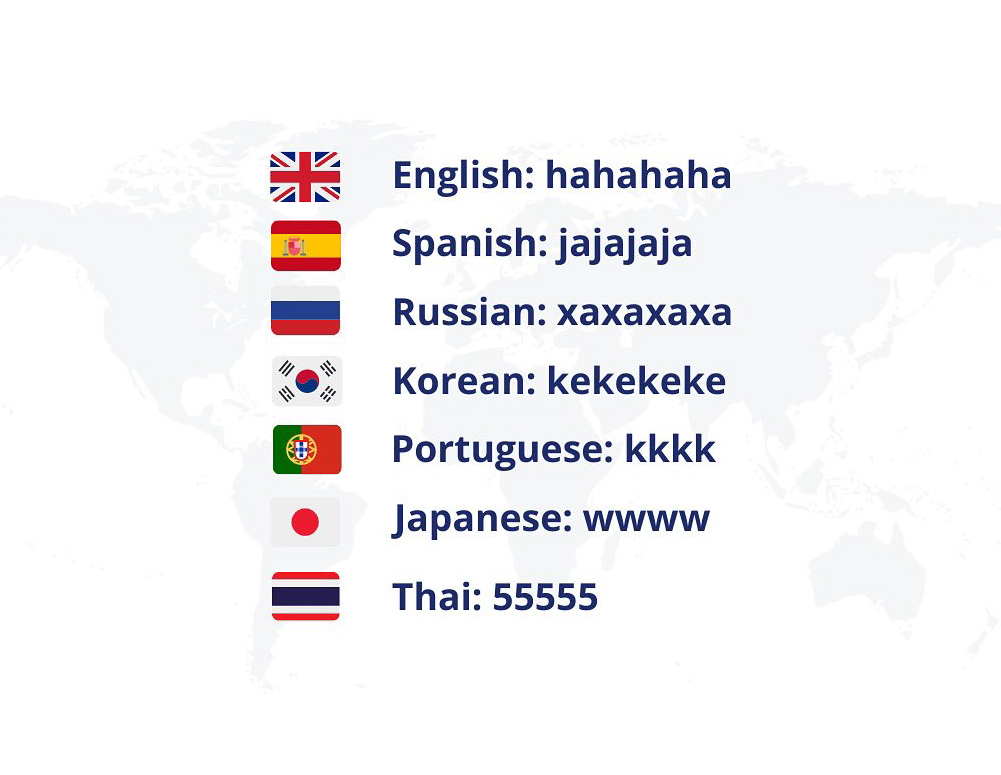 While some values, such as love, friendship, and compassion, remain universal, intonation, voice pitch, and facial expressions differ from culture to culture. In contrast to Italian, where this is one of its distinctive features, exaggerated intonation is occasionally employed in English to express humour or sarcasm.

Despite the fact that some scholars might argue that translating humour in audiovisuals can be problematic, that can be questioned. Visually supported humour is not solely limited to verbal output. Charlie Chaplin introduced laughter with non-verbal cues. So does Mr. Bean, portrayed by Rowan Atkinson. As no verbal humour is involved, what makes these characters funny is just upon the subjectivity and the perception of the audience. There’s one thing certain: Humour triggers emotions and connects life experiences that sometimes can be universal. Its translation or, better say, its execution in another language should definitely be adjusted. Chandler is indeed funny to an English-speaking audience and charmingly sarcastic. Chandler’s jokes might not make as much sense to people from other cultural backgrounds. Therefore, you must come from a background that enables you to have linguistic and cultural ties to it in order to grasp and appreciate the humour of a joke in another language and culture. In this case, humour translation greatly depends on the translator’s perception. When a translator is asked to translate humour, but the target language lacks an analogous sense of humour, the task may wind up being a headache.

Make a joke, and I can guess where you live

Humour is an everyday aspect of life. It represents reality. Just imagine joking about being stuck in traffic and saying, for example, “Have a break, a have a Kit Kat” on your social media, but the specific country traffic congestion numbers are low. In this case, media localization can assist you craft a copy that reflects your audience’s reality. There isn’t a more awkward moment than an unsuccessful joke. Humour has so much to do with empathy, emotional intelligence and cultural awareness.
To interpret humour and cultural references for audiences, it takes a very talented translator, interpreter, or localization specialist. It becomes increasingly clear that navigating these perilous, humorous waters may require the intricacy of a multilingual brain.

Work with a localization company. A localization agency will help you craft copies and content aligned with your audience’s lifestyle and cultural framework..
Reach out to an agency with multilingual copywriters that can culturally diversify and transcreate your brand’s messages.
Adjust your social media captions, add subtitles to your videos and adjust content when launching campaigns.
We hope you read all the way through and found this article useful. At Pangea Global, we would be happy to help you to localize your copies. We assure you that we are a team of experts, and we won’t get lost in translation!
Get in touch, and while we adjust or create your copies, we might have a laugh too!
Share this article!