Latvian belongs to the Indo-European language family and is the one of the only two Baltic languages to exist today. Throughout the years of its development, Latvian blended Latgalian, Curonian, Semigallan and Selonian to become one. Despite many influences from other languages like German and Russian, it’s believed that the language hasn’t drastically changed in the last few hundred years.

The earliest Latvian texts were written in the Gothic script rooting back to the 16th century. The grammar of the language appeared in the 18th century and by the 20th century, the Latin alphabet was introduced.

According to MustGo, Latvian is spoken by more than 1.5 million people in Latvia.
However, it is also used as a primary language by another 150,000 people worldwide.

Where is Latvian Spoken?

Latvian is the official language of Latvia. This language is also spoken in other countries around the world including Australia, Estonia, Germany, Lithuania, Russia, Sweden, Ukraine, the U.K, USA, and others. 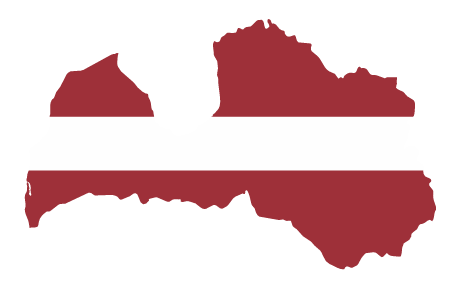 Latvian and Lithuanian are the only two Baltic languages to exist today. While they are obviously related, the two languages are quite different and are not mutually intelligible.

• Latvian has 12 vowels – either short or long. The length of the vowel length is determined by the meaning of the word.

• There are two genders in the Latvian language – masculine and feminine.

• Latvian nouns are either singular or plural but sometimes dual.

• Word order in Latvian is generally Subject-Verb-Object, but other orders are also seen in the language.

×
Are you looking for professional Latvian translation services? Get in touch with Pangea Global! We’ll hook you up with one of our professional linguists who will provide you with accurate and reliable Latvian localization services, copywriting, voice overs and more!
×
Get In Touch
×