Danish is a Germanic language, belonging to the Indo-European language family. It is also a descendant of Old Norse, mainly referred to as Old East Norse or Old Danish in the 9th century. This was one of the first recorded written languages in the region and primary language of the Danish empire, having a strong influence on Germanic languages like English.

Middle Danish developed in the medieval period which had much Christian influence after the Church arrived in the region in the 10th century, leading to the eventual publication of the first Danish Bible in 1550. Eventually, a unified spoken version of the language emerged after the 16th and 17th centuries, taking loanwords from French, Italian, English and German. Danish was standardised even further during the first half of the 19th century, and in the 20th and 21st centuries, more shifts took place, leading it to become the modern language that it is today.

According to Ethnologue, there are around 5.6 million Danish speakers around the world.

Where is Danish Spoken?

Danish is spoken by approximately 5.4 million people in Denmark. It is also spoken in the Faroe Islands, Canada, Germany, Greenland, Iceland, Norway, Sweden, United Arab Emirates and the USA. 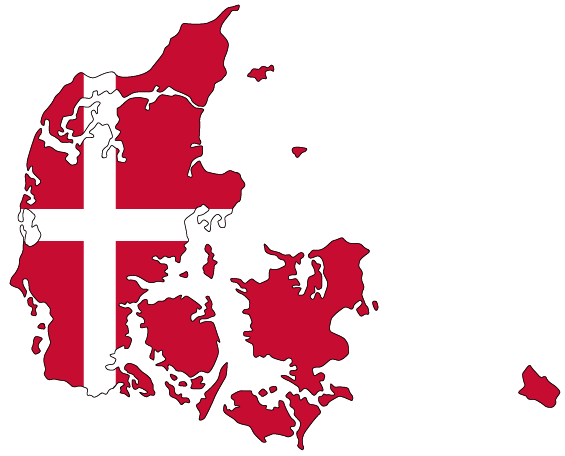 Danish has 26 letters in its alphabet, plus three additional vowels æ, ø, å which are placed at the end of the alphabet. The same alphabet is used for writing Norwegian.
×

Danish, Swedish and Norwegian are all derived from Old Norse. They therefore have strong similarities and are mutually intelligible.

The letter å did not exist in written Danish until 1948, replacing the double a (aa) in a spelling reform. Although aa still exists in some words like city names “Aarhus” and “Aalborg”.
×

• Bear in mind! There are no case markings in Danish except for the possessive –s.

• Don’t forget! Adjectives do not have any case endings but are marked for definiteness, gender, & number.

• Important! The general word order in declarative sentences is Subject-Verb-Object. For questions, the structure is Verb-Subject-Object.

• The three voices used in Danish are active, middle, and passive.

×
Are you looking for professional Danish translation services? Get in touch with Pangea Global! We’ll hook you up with one of our professional linguists who will provide you with accurate and reliable Danish localization services, copywriting, voice overs and more!
×
Get In Touch
×