Although debatable by some, Hungarian is believed to belong to the Finno-Ugric branch of the Uralic language family. It famously became its “own language” over 3000 years ago, and in 500AD, it gained a lot of influence from the Turkic languages, developing several words related to agriculture. It was in 900AD when Hungarian was impacted by Slavic and Romance languages, after the Hungarian people migrated to the Carpathian Basin.

In 1000AD, the Kingdom of Hungary was formed and it was during this time when the Latin alphabet was adopted by Hungarian. The first Biblical translation into Hungarian occurred around 1430AD. Several crucial changes were made to the language in the 18th century by a group of writers who wanted to make it suitable for use by the scientific community, leading to form into the modern language that it is today.

According to The Culture Trip, Hungarian is spoken by approximately 13 million people worldwide.

Where is Hungarian Spoken?

Hungarian is the official language of Hungary, however it is also a popular language spoken in other countries such as Slovakia, Serbia, Slovenia, Ukraine, Croatia and Austria. 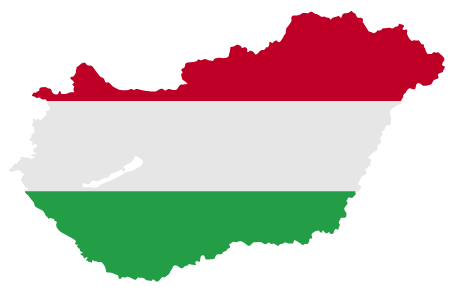 Apparently, the word “Hungarian” derives from the word “Onogur”, which is the title given to a Turkish tribe, meaning “ten arrows”.
×

“Hungarian is the oldest among all Euro-Asiatic languages.”

False Friends in Hungarian and English

Most people refer to Hungary’s language as “Hungarian”, but in actual fact, it has a proper name – “Magyar”, which also happens to refer to the Hungarian people.
×

• Remember! There is no grammatical gender in Hungarian. There aren’t even any separate words for ‘he’ and ‘she’.

• Bear in mind! Unlike English sentences which are structured with subject-verb-object, Hungarian is ordered by pragmatics – words are structured depending on how much emphasis the speaker would like to give each one.

Hungarian is one of the only languages that stays true to its roots. It contains 68% of its original words (etymons). This drastically compares to the 4% retained in English language, or 5% in Hebrew.

×
Are you looking for professional Hungarian translation services? Get in touch with Pangea Global! We’ll hook you up with one of our professional linguists who will provide you with accurate and reliable Hungarian localization services, copywriting, voice overs and more!
×
Get In Touch
×