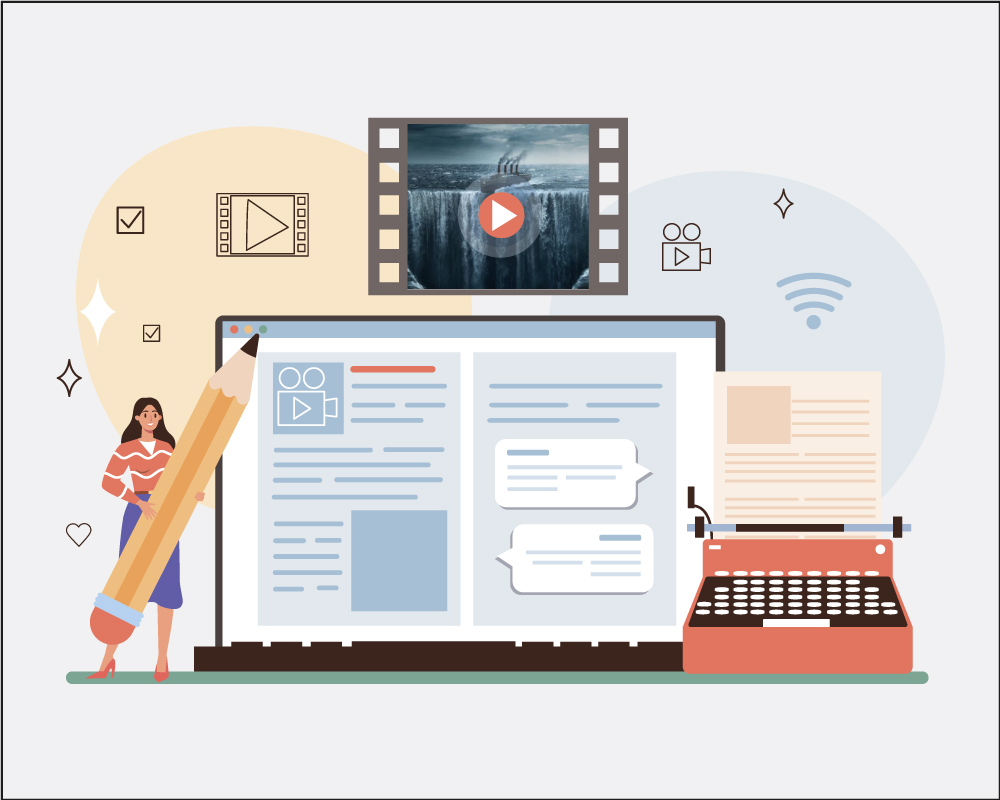 Netflix was sitting on top of a gold mine when its series Dark debuted in 2017. The streaming giant’s first German-language series received critical acclaim upon its release. Upon its debut, Dark immediately stood out as the moody alternative to the nostalgia-heavy Stranger Things released just a year before.

While comparisons between both shows are there, Dark goes in a radically different direction. It is a more sombre, expressionistic show, and instead of a Spielbergian adventure, it is comprised of ticking clocks, seemingly endless tunnels, darkened rooms and long, cold German stares.
Dark was a breakout success, and the series quickly developed its own unique identity and cult following, primarily built around the intricacies of its intensely confusing time travel plot. The show has been a massive hit for Netflix, helping it expand into foreign language markets and capitalizing on its local talent. It may have also helped pave the way for the international success of their Korean-language series, Squid Games.
Since their thriller Dark became a global sensation, Netflix has kept a keen eye on its creators, German filmmakers Baran bo Odar and Jantje Friese. The streaming service quickly took advantage of the duo’s new project, commissioning them for an overall deal. After months of anticipation, their latest creation—a horror migration drama called 1899—was released almost a week ago… and it was definitely worth the wait.
In this blog, we will look at how the show uses its unique way of exploring its narrative using a variety of European languages to convey its psychological and philosophical undertones and themes about not letting one’s past fade into obscurity. While also exploring how Netflix is the perfect platform to tell this unique story.
This blog will be spoiler-free (besides what has already been shown in the trailers), so feel free to continue reading.

What is the show about?

1899 is set on a passenger ship sailing from Europe to America, populated by characters from vastly different countries. Some speak exclusively English, while others speak German, Polish, Spanish, or Portuguese. Some characters are multilingual (which helps bridge the gap between those whose languages don’t share very many similarities), such as the captain, who mostly alternates between talking to the passengers in English and his crew in German.
Between 1880 and 1920 was a time of rapid industrialization and urbanization. America received more than 20 million immigrants, and beginning in the 1890s, most arrivals were from Central, Eastern and Southern Europe. The setting was the perfect choice for characters who speak various languages to interact in a close and often tense foreign environment.
With the ship sailing from the “Old World” to the “New”, there are understandably many people with many secrets. Everyone on board is hiding something from their past, from a humble Spanish priest who won’t admit he can’t swim to a Chinese woman who may not be telling the whole truth about how she got on the ship. The passengers have gathered for various reasons, but all longing to escape their pasts in the hopes of a better future.
When the crew pick up a strange signal from its sister ship, the Prometheus—which was reported lost at sea four months earlier— the English scientist, Maura Henriette Franklin (Emily Beecham), is curious to uncover what has happened to the vessel and its passengers. This is the beginning of how the story unfolds over its tense eight-episode run.

Netflix is the perfect platform for unique shows

The fact that Netflix has committed so forcefully to the follow-up show from Friese and Odar is important for two reasons.
Firstly, 1899 might be Germany’s most expensive television show ever made. It was shot at Studio Babelsberg in Potsdam, where its diverse international cast spoke many languages – this required hiring many language assistants to ensure that nothing had the opportunity to get lost in translation. This shows that the company is confident in the showrunners and is also helping to expand the market for other talented German filmmakers to get involved with their platform.
Secondly, 1899 is challenging to talk about because it’s full of surprises. Just like Dark, it is a show packed with many twists and turns, and very little is what it appears to be. Given that a massive part of the appeal of Dark lies in unravelling its mysteries, it is no surprise that 1899 is built around a similar model. The show is heavy-handed with its symbolism and mysticism, turning quickly on every significant revelation. This is perfect for Netflix, as it keeps its viewers engaged and always wanting to stay on the platform and click the “Next Episode” button. It also encourages them to binge the show early to ensure they are involved in the online discourse.
Netflix is no stranger to unique content. They released Bandersnatch prior, an interactive narrative that relied on the viewer’s decisions to progress the story. This success brought an onslaught of interactive content, including Minecraft: Story mode, You Vs Wild, The Unbreakable Kimmy Schmidt interactive special and a specialized Netflix Gaming section. Netflix has also released secret episodes (like with the Sandman special, A Dream of a Thousand Cats/Calliope) and given viewers different viewing orders of episodes for Black Mirror, Love Death and Robots, and the upcoming show Kaleidoscope to offer audiences varying unique experiences from the same content.
The platform (and streaming services in general) also heralded the unification and rise of subtitled and dubbed content for their content, allowing accessibility for their shows for all audiences. However, this time, 1899 has brought confusion for some viewers.

Make sure you change your audio settings

If you’re watching 1899, you absolutely should not watch the English dubbed version.
Some viewers have reported that on Netflix’s dialogue options, the default English subtitle setting is “English – Dub”. When watching foreign-language shows, most people prefer to watch with subtitles instead of dubbing. But in the case of this show, it appears things are a bit different. And this is where things get strange.
In most cases with dubbing foreign language films, everyone’s voices are replaced with English voice actors. However, in the case of 1899, as the show was multilingual originally, the “English – Dub” has the English-speaking characters have their original actors and voices, and characters who speak other languages are dubbed in English by different voice actors.
Because of the nature of the show, some characters aren’t meant to understand certain other characters, so sometimes there is a natural confusion in conversation. However, as we, the viewer, understand all the languages spoken with no helpful indicator that they are speaking in another language, it stops large parts of the show from making any sense and becomes a very jarring viewing experience.
For example, the English-speaking character Maura hears the German Captain Eyk Larsen (Andreas Pietschmann) explain something in German but doesn’t understand. She later tracks the captain down to have him explain in English. That makes zero sense with the English dub because everyone on the ship “speaks” English.
If a show is solely set in a place where everyone speaks the same language (for example, Dark, where everyone speaks German), that kind of confusion doesn’t exist with the dub. But in 1899, chaos was constant because of the different languages spoken. All of that is lost if you’re unaware of which characters speak which language.
And for some strange reason, Netflix decided that for accounts in English-speaking territories, “English – Dub” is the standard option. For those who haven’t started the show yet, make sure you change the audio setting first for the best experience!

Why does the show have multiple languages?

The creators explained their decision to have the show’s characters speak in their native languages rather than solely in English with foreign accents. Growing up watching many Hollywood movies and TV shows with American or British characters, they felt there was an underrepresentation of different cultures. So, they wanted to ensure the cast had authentic local accents to give each character a unique personality.
Speaking to The Hollywood Reporter, Friese has said, “I think it’s something about growing up in Europe, or growing up as a German, when you consume entertainment, which, at least in our experience, is coming largely from Hollywood. There’s just an underrepresentation of the different European cultures and the different narratives from around the world.”
“For a long time, even already in film school, we had this urge to change that, to really have characters from particular countries speak in their own voices because language really defines character. If you want to have an authentic performance, it’s just better when actors perform in their own language.”
Friese explained that they wrote the initial script in English but would have the translated dialogue on the other side of the script.
And when speaking about how the cast managed to film whilst not always speaking the same language, Odar said, “they really didn’t understand each other. That was the beauty of it. It was so easy for them to just react.”
Friese added that this is the point of 1899 that even if people cannot understand the words they are saying, they can understand a person through body language and emotions.
She said: “That was the whole point of the show. We can see that even if you don’t really understand what words are being spoken, you understand what the other person is trying to communicate. You know it by the emotional state, how they are addressing you, their body language and everything. You know if something is urgent or not important.”

Similarity in the show’s themes

The use of language seeps through all aspects of the show, and similarly to Dark, it uses abstract and psychological concepts to encapsulate its themes.
The year 1899 is rich and atmospheric. The cruise liner is a suitably unsettling environment, a liminal space in which nobody really knows anybody else. The crew and passengers speak different languages, underscoring that it is fundamentally impossible to understand another person truly. It’s hard to tell whether you have friends when sailing across an ocean in a giant boat with hundreds of other people.
With the hint of anachronistic technology and a heavily altered, psychedelic soundtrack for the opening theme of “White Rabbit” by Grace Slick, the show cements its ideas of layers upon layers of connection and understanding through communicated language, machine language, and grand philosophical ideas.

The team behind Netflix’s 1899 did an incredible job setting the groundwork for a compelling show that hopefully will get greenlit for a second season and will build upon all the loose threads that the showrunners left dangling in our faces.
We hope you enjoyed reading through this blog and that you’ve also avoided any major spoilers online before reading this. If you have, make sure you give the show a watch if you haven’t seen it, as it is a very well-crafted experience, and you wouldn’t want to ruin it.
If you would like to pick up on some German phrases, get a refresher on some slang from the 19th century or learn more about languages in general, check out our website or get in touch with us, and we would be more than happy to answer any questions!
Feel free to reach out, and let’s talk about languages, here!
Share this article!