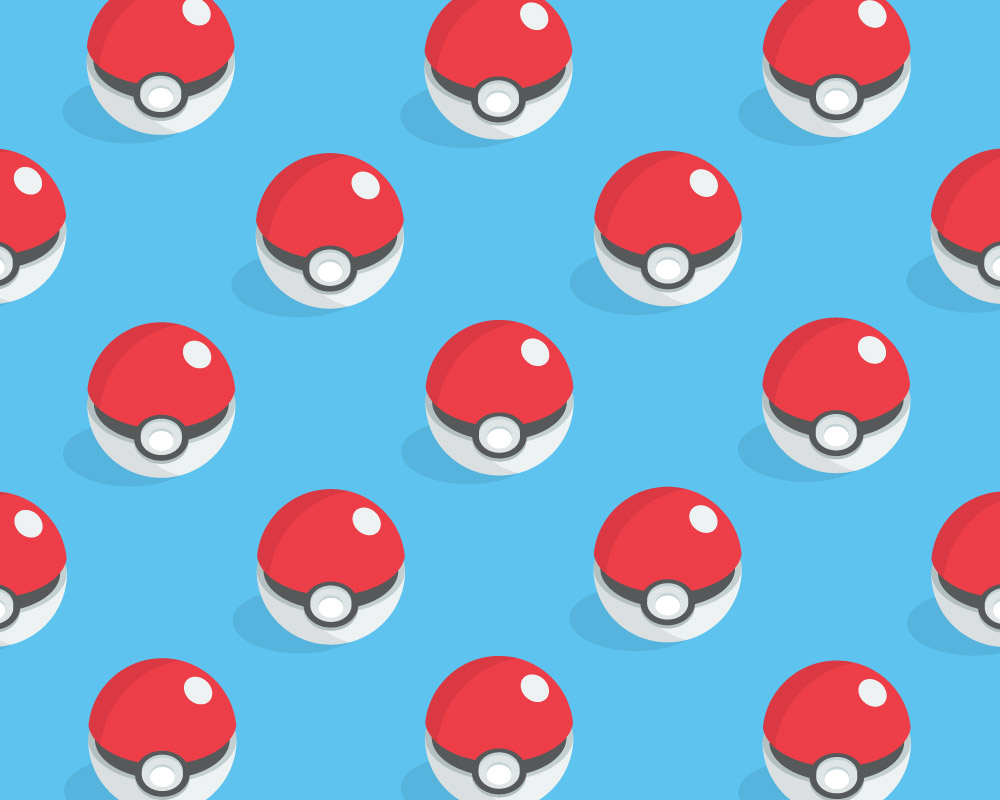 Pokémon has been around for much longer than you think.

The first generation of Pokémon games was released in 1996, making them almost 26 years old. Those pocket-sized monsters continually evolve from generation to generation – as do the game’s graphics and unique Pokémon count – and with that come the many challenges of localizing the games to over 20 languages

There are currently 905 unique Pokémon versions; with the newest pair of games, Pokémon Scarlet and Violet, launching later this year, the current total of Pokémon will easily exceed the 1000 mark. That’s a mindboggling number of not only monster names to translate, but each of their special attacks, regional forms, locations, and, of course, the entire dialogue for each of the characters.

Let’s turn back our caps and look at some of the more exciting names translators had to create for some of the Pokémon series. 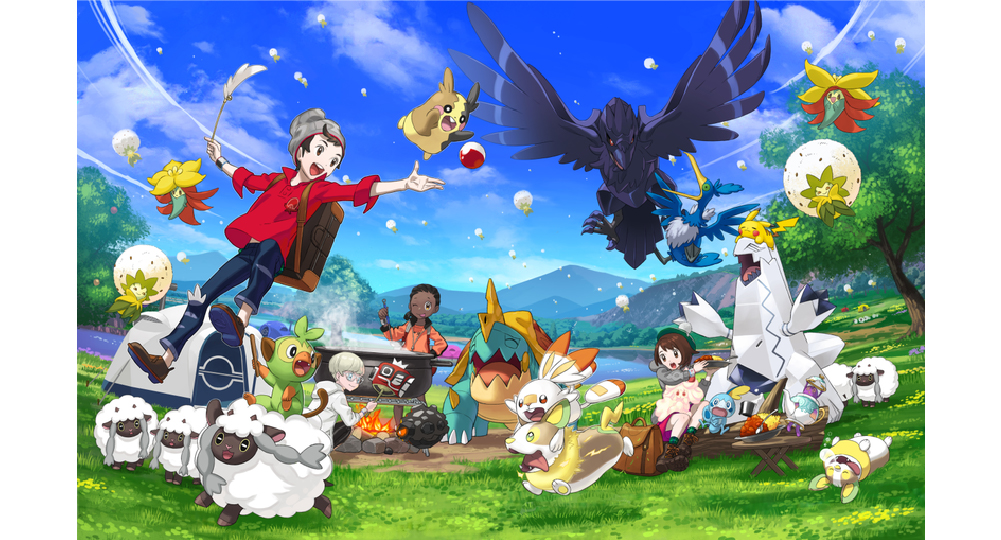 A Brief History of the Pokémon Game Series

If you’re new to the Pokémon games or have already amassed a collection of gym badges and never really thought about the names of these creatures, here’s a little background on how the game series came to be.
When the original game was released in Japan, it was called “Pocket Monster”, which comes from the Japanese word “ポケットモンスター, Poketto Monsutā.” It refers to the Gameboy and the creatures’ size and ability to fit in your pocket. It was eventually westernized to the now more commonly known “Pokémon” when it was released worldwide in 1998.
The concept and gameplay loop is that you’re a young Pokémon trainer on a journey to catch wild monsters, train them, and have them battle each other in the hopes of beating each of the required gyms and becoming the Pokémon master. 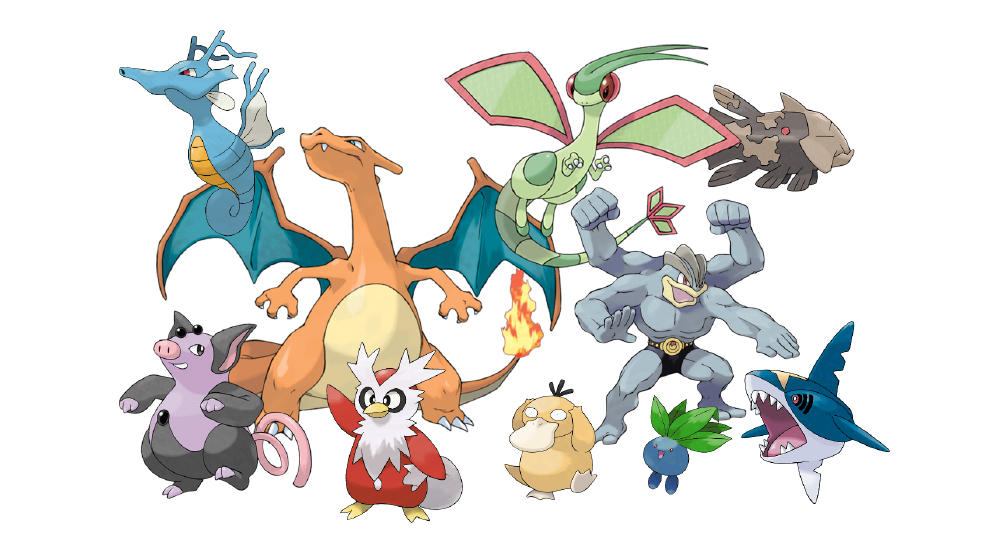 There are Portmanteaus everywhere

On your journey through the many regions, you’re bound to notice that Pokémon names are portmanteau puns on various other words or phrases. We discussed portmanteaus in a previous blog post. For example, Pikachu’s name is taken from pika (a Japanese word for “flash”) and chu (the sound a mouse makes).
Some names are self-explanatory, while some have been preserved in the target language. Pikachu is one of the few examples whose name has not been changed throughout most translations because it is the game and show’s primary mascot.
A selection of some of the English translation portmanteaus can be seen below:
● Charizard – Char (Fire/Coal) + Lizard
● Oddish – Odd + Radis
● Psyduck – Psychic + Duck
● Machamp – Macho + Champion
● Relicanth – Relic + Coelacanth (An ancient fish species)
● Grumpig – Grumpy + Pi
● Flygon – Flying + Dragon
● Sharpedo – Shark + Torpedo
● Kingdra – King + Dragon
● Delibird – Delivery + Bird

Now with the understanding of the naming conventions, let’s look at some of the other localized versions of the Pokémon names and how they attempt to retain some of the charms and identifiable characteristics of the originals, some more successful than others. 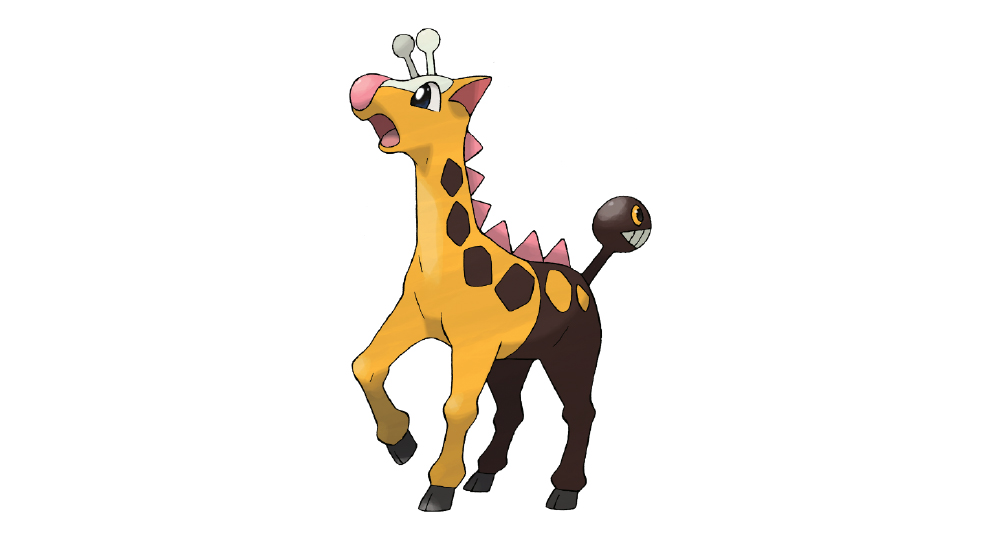 Girafarig’s design was based on a character in the Doctor Doolittle book series, “Pushmi-pullyu”, described as a two-headed gazelle. Its name and design were made to emphasize its reverse appearance. However, the idea for a second giraffe head was scrapped and replaced with a tail with a large mouth. However, the duality of the Pokémon remained in its palindromic name and is the same name used for other European translations.
In Japan, they also used a palindrome for the Pokémon’s name, “キリンリキ Kirinriki,” which is a portmanteau of the words “kirin” (giraffe) and “nenriki” (telekinesis), hinting at a psychic type of Pokémon. 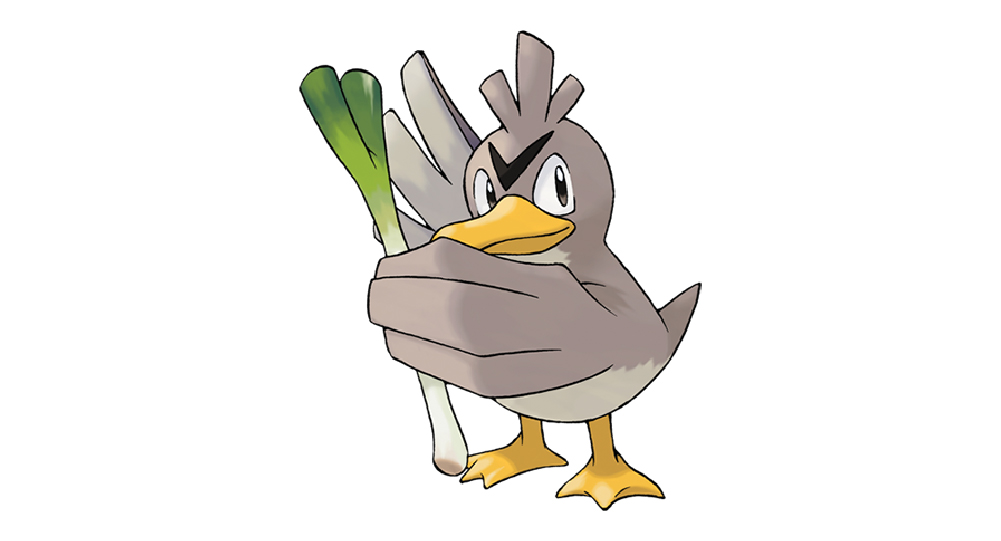 The origins of this little Pokémon stem from an old Japanese saying, “鴨が葱を背負って来る”, literally translating to “a duck comes bearing spring onions”. It means “golden opportunity”, more commonly referred to as an unbelievable situation or something a bit far-fetched.
The phrase can be shortened to “カモネギ Kamonegi”, meaning “Kamo” (duck) and “Negi” (spring onion). The other languages opted for a more literal translation of what the Pokémon is rather than transcreating the original phrase like the English one.
● Porenta – “Porree” meaning (leek), and “ente” meaning (duck) in German.
● 파오리 Paori – “Pa” meaning (scallion), and “ori” meaning (duck) in Korean.
● Canarticho – “Canard” meaning (duck), and “artichaut” meaning (artichoke) in French. 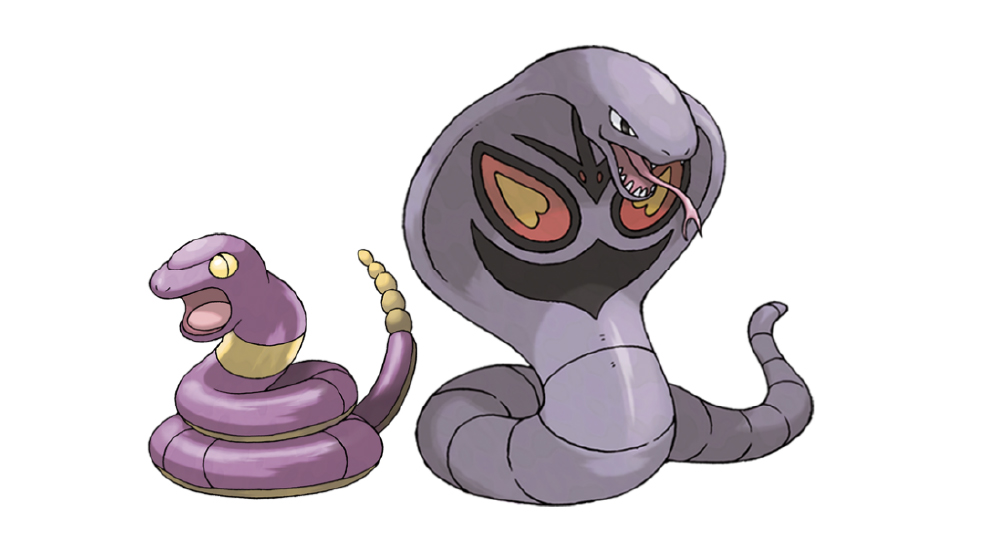 The slithery pair Ekans and Arbok have arguably some of the best Pokémon names, flip them backwards, and you get Snake and Kobra. This naming convention is known as an Emordnilap (Palindrome in reverse) and is similarly used in German – Rettan, when flipped, becomes “natter” German for (snake).
Alternatively, in Japanese and French, they use anagrams; “アーボ Arbo” becomes the Japanese word for snake, “ボア boa”, and Abo becomes “boa” in French.

Gumshoos are known as the stakeout Pokémon and perpetually stand in deep contemplation, lurking outside Rattata nests for their next meal. They are based on the word “gumshoe”, an old American slang term for a private detective and “mongoose”. In Japanese, they are called “デカグース Dekagoose” for “detective” and “mongoose”.
A similar naming convention is used in German; Manguspektor is derived from “manguste” (mongoose) and “inspektor” (inspector). The German name is also the longest of all the German Pokémon names, coming in at 12 letters (which is relatively short considering that German has a ton of lengthy words).
Some other similar examples include:
● Argouste – “Argousin” is slang for a police officer, and “mangouste” means mongoose in French.
● 貓鼬探長 Māauyauhtaamjéung – “Māauyauh” meaning mongoose, and “taamjéung” meaning chief inspector in Cantonese Chinese. 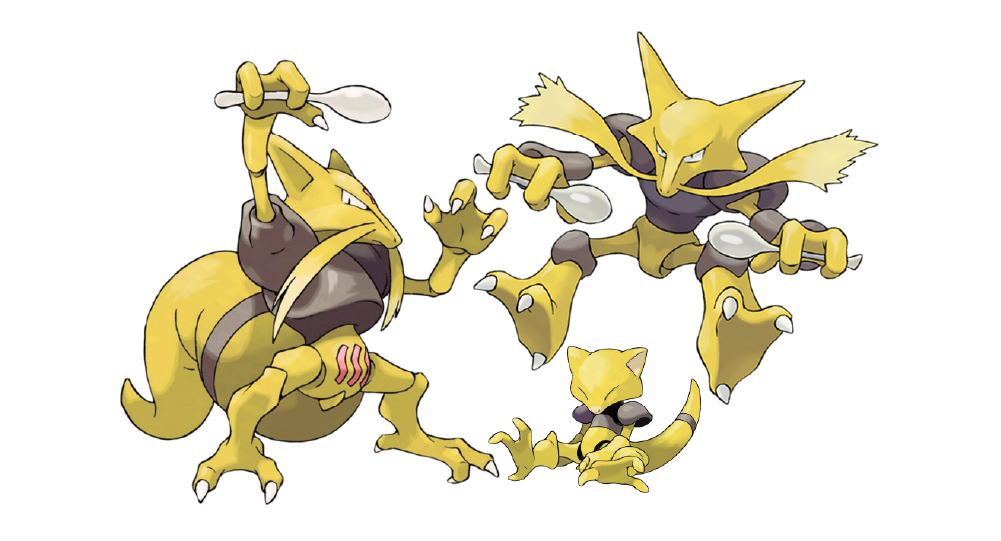 This trio of magic users stand out amongst the original set of 151 Pokémon with their incantation-inspired names. The phrase “Abracadabra” originated in ancient Greece as a word used by magicians to represent the Aramaic phrase “אבראכ Abrac”, meaning “I will create as I speak.”
However, in Japan, they are known as “ケーシィ Casey”, “ユンゲラー Yungerer”, and “フーディン Foodin”, based on the famous clairvoyants and illusionists at the time; Edgar Casey, Uri Geller, and Harry Houdini, respectively.
Most other translations opted to follow the English names for their simplicity, but mainly because Geller sued Nintendo for using his likeness in a character (for his famed spoon-bending technique), and Nintendo decided to avoid any further hassle in later game sequels. 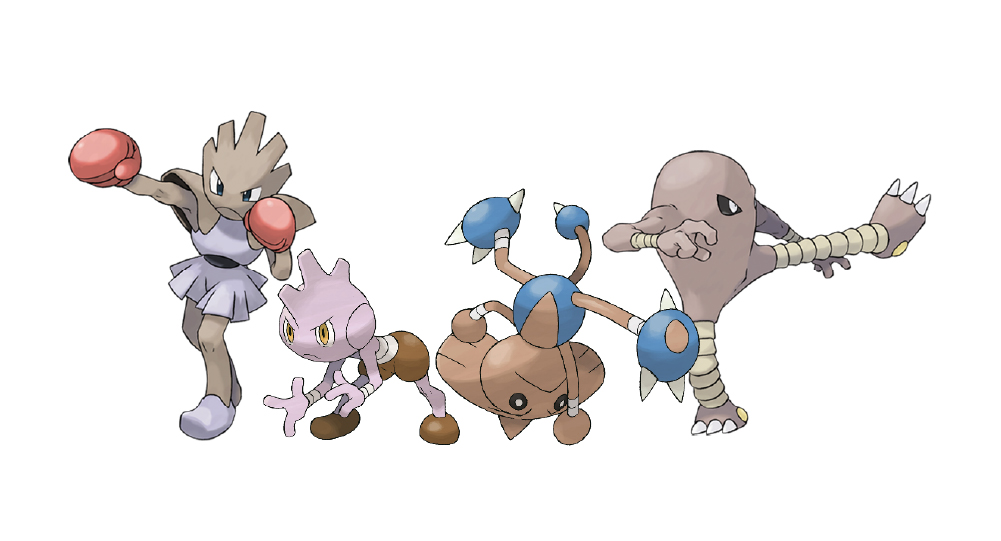 Following on from Pokémon’s pop culture-inspired monsters come the three evolutions of Tyrogue, its name coming from “tyro”, meaning beginner, and “rogue”, meaning someone who is playfully mischievous. Hitmonlee and Himonchan are very clearly inspired by Bruce Lee and Jackie Chan, especially in the preference in their fighting styles – punches vs kicks. Hitmontop, on the other hand, doesn’t have a clear inspirational icon. Its name is derived from the spinning-top toys, as that is how it primarily fights, head on the ground, and feet spinning round.
In the French and German translations, however, the Pokémon is known as Kapoera, which comes from the Brazilian martial art that involves spinning one’s legs in the air. The name sits alongside Kicklee in both languages and next to Nockchan in German and Tygnon in French (a combination of Mike Tyson and “gnon”, meaning thump).
Hitmonlee was also known as:
● サワムラー Sawamular – Based on Japanese kickboxer Tadashi Sawamura.
● 시라소몬 Sirasomon – Based on the famed Korean vigilante Yi Sung-sun
Hitmonchan was also known as:
● エビワラー Ebiwalar – Based on Japanese boxer Hiroyuki Ebihara
● 홍수몬 Hongsoomon – Based on Korean boxer Hong Soo-hwan.
As you can see, there was a lot of creativity involved in creating fighting-themed Pokémon and the relationship with more well-known fighters in their specific localizations. 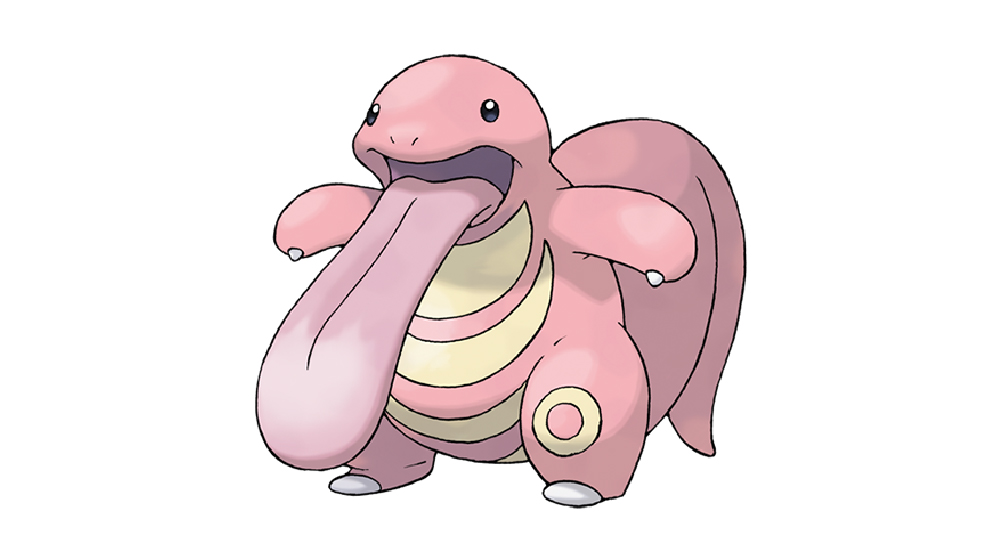 This Pokémon has an insatiable desire to lick dirty things clean, and with a tongue, as it has, its name is exceptionally fitting. Lickitung (hilariously known in the development stage of the first game as “Tonguetyd”) was inspired by lungless salamanders and the mythical Japanese yokai, Akaname, who a single claw on each foot and tongue that can paralyse its victims. In other languages, it similarly follows suit with its funny tongue-inspired names:
● ベロリンガ Beroringa – “Bero” meaning (tongue) in Japanese, and “Lingua” also meaning (tongue) in Latin
● Excelangue – Meaning excellent (tongue) in French
● Schlurp – This is the German name and is onomatopoeia for the slurping sound a mouth makes.
● 大舌頭 Dàshétóu – “Dà” meaning (big) and “shétóu” meaning (tongue) in Mandarin Chinese. 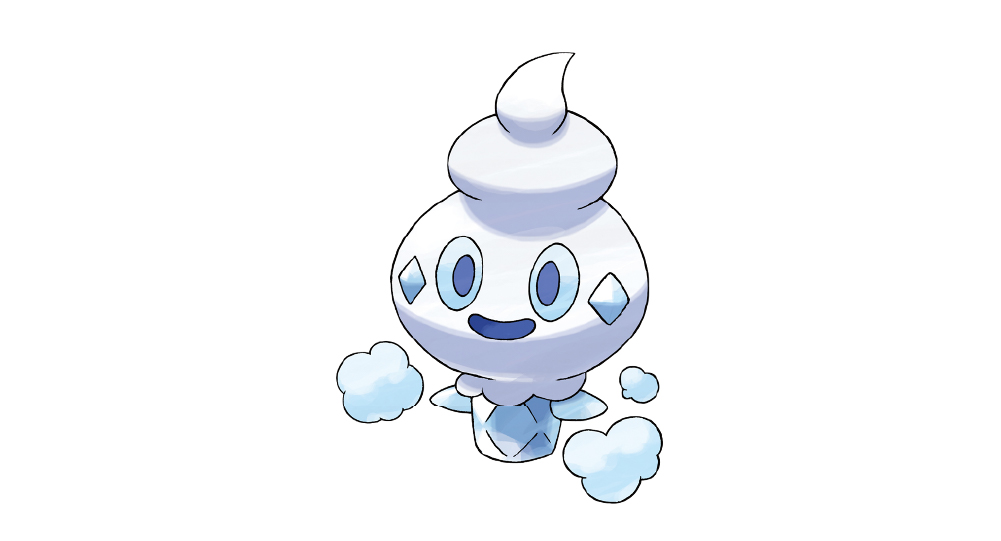 People often ask which of the three iced dessert types is the tastiest (ice cream, sorbet or gelato). Based on the translations for the Pokémon Vanillite, we think we can safely say that each of those regions has a definite preference.
The fresh snow Pokémon’s name is a portmanteau of “Vanilla” and “Delight”, comfortably matching the Pokémon’s status as a small ice cream cone-shaped creature. The other translations have arguably much cuter names, and the naming conventions are carried onto its evolutions, Vanillish (Delish) and Vanilluxe (Deluxe).
● Sorbébé – Sorbet and “bébé” meaning (child) in French.
● Gelatini – A combination of gelato and mini for the German translations.
● バニプッチ Vanipeti – A combination of Vanilla and “petit”, French for (small), used in the Japanese translations.
● 迷你冰 Mínǐbīng – a combination of Mini and “bīng”, meaning (ice) in Mandarin Chinese.

This was only a glimpse at work done by talented translators to ensure that Pokémon stays fun and enjoyable for children – and of course, for us adults as well. Thankfully, the games don’t follow the animated TV show tradition of having the Pokémon cry their names when they try and speak; otherwise, there would be quite a lot of work to be done in the voice-over department.
The naming conventions of Pokémon are well done and, in most cases, perfectly complement the designs. I hope this blog helped you learn a few interesting facts and where some popular Pokémon names originated!
If you are interested in learning more about the creative process of localizing a video game – check out our guide.
And if becoming a Pokémon master isn’t for you, but you have a brand-new monster hunting game in the works that might need some region-exclusive names and details translated, throw your Pokeball over this way and contact us here.
Share this article!