During the Viking Era, the Norse language was used in Norway and settlements like Iceland and the Faroe Islands. The Old Norwegian language evolved from several dialects and eventually lasted until the latter half of the 1300’s. Middle Norwegian then developed and from 1536, and throughout the union with Denmark, Danish became the primary written language in Norway. It was in 1830 when a national debate about whether Norway should have its own language began.

After 1887, Bokmål was created, a Norwegian language that was used in schools. Another form of the written language, Nynorsk (New Norwegian) was developed, based on several Norwegian dialects. Today, Bokmål remains the official written language in Norway, while Nynorsk is used by 10-15% of the population. Both languages are taught in schools.

According to Babbel, Norwegian is spoken by a whopping five million people around the world.

Where is Norwegian Spoken?

Norwegian is the official language of Norway; however it is also spoken in other countries around the world such as the U.S., Canada, and Sweden. 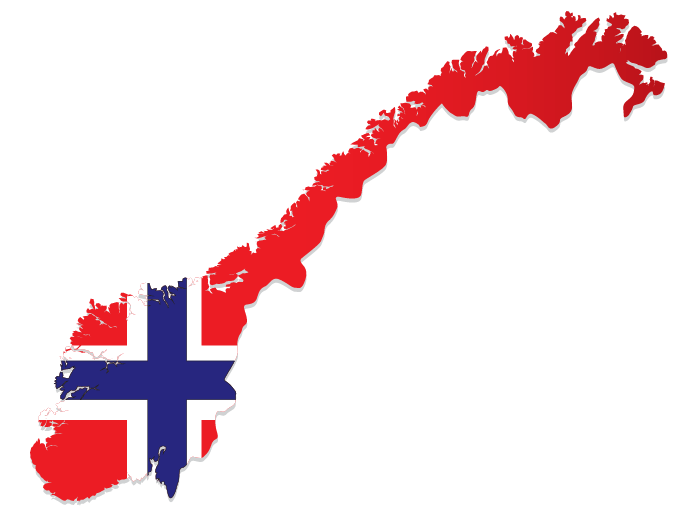 Not only are their dialects similar, but the Norwegian and Danish alphabets are exactly the same, too! They both feature the three letters: æ, ø and å.

“Norwegians can easily understand Swedish and Danish. For this reason, the language is humorously referred to as the middle child amongst the three sisters.”

Some of the most common dialects you’ll hear from Norwegian speakers:

False Friends in Norwegian and English

Did you know that Saami is also an official language in Norway? In fact, this Nordic tongue is considered an endangered language!
×

• Simple and easy! All conjugated verbs in Norwegian have an -r stem in the present form. Also, verbs do not change according to the subject.

• Bear in mind! Most Norwegian adjectives change according to gender, number, indefinite and definite forms.

×
Are you looking for professional Norwegian translation services? Get in touch with Pangea Global! We’ll hook you up with one of our professional linguists who will provide you with accurate and reliable Norwegian localization services, copywriting, voice overs and more!
×
Get In Touch
We use cookies to ensure that we give you the best experience on our website. If you continue to use this site we will assume that you are happy with it.OkPrivacy policy