Korean has an ambiguous and mysterious history, making it one of the most interesting languages of today. It is believed to belong to the Altaic language family, which also includes Turkish and Mongolian. “Old Korean” which was spoken before the 15th century is believed to have major influence from Chinese. Chinese characters were used to represent the sounds and meanings of the Korean language at the time. By the 15th century however, a Korean-specific writing system, known today as “Hangul” was made official during the reign of King Sejong.

Interestingly, today, Korean is the official language of both South Korea and North Korea, however, the North has its own dialect and have totally eliminated Chinese characters from their writing system. The South, on the other hand, has various dialects and uses both Chinese and Hangul characters.

According to StudyCountry, roughly 80 million people speak Korean around the world.

Where is Korean Spoken?

Approximately 48 million Korean speakers reside in South Korea, while another 24 million live in North Korea. The language is also spoken in China, by a said 2 million people, as well as 1 million in the United States and about 500,000 in Japan. 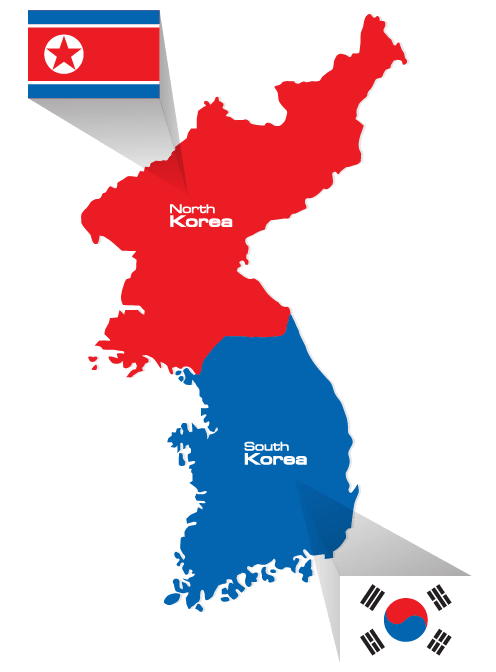 The “Hangul” alphabet consists of 24 letters – 14 consonants and 10 vowels – that are written in blocks of 2 to 5 characters.
×

Korean and Japanese may be similar in terms of grammatical structures, but there is nothing in history so far that suggests any relationship between the two languages.
×

“Korean is one of the world’s most misunderstood and misrepresented languages due to its obscure origins.”

The Korean language has six different major dialects in South Korea and one in North Korea.

Did you know that Pyongyang (North Korea) considers “Hanja” (Chinese characters), as symbols of “flunkeyism”? In fact, it has systematically removed them from all Korean publications.
×

• Remember! Unlike Japanese and Chinese, Korean is made up of words which are separated by spaces.

• Don’t forget! The relationship between the speaker/writer and subject is reflected in honorifics.

• Bear in mind! When building a sentence in Korean, the Subject-Object-Verb structure is used.

×
Are you looking for professional Korean translation services? Get in touch with Pangea Global! We’ll hook you up with one of our professional linguists who will provide you with accurate and reliable Korean localization services, copywriting, voice overs and more!
×
Get In Touch
We use cookies to ensure that we give you the best experience on our website. If you continue to use this site we will assume that you are happy with it.OkPrivacy policy