Czech routes back to Old Church Slavonic that was introduced in the 9th century by Byzantine missionaries, Cyril and Methodius. As seen by texts that go back to the late 13th century, the Czech language eventually developed in the region. German soon enveloped the area following the Hussite wars which saw a decline in written Czech. German was spoken amongst the elite while Czech was used by citizens in the countryside. Later in the 18th century, there were ‘deliberate attempts’ to reignite the Czech language and soon enough, it gained momentum in education and public life. However, WWII saw German become the official language in the region, but after the war, Czech once again returned as the mother tongue, lasting until this very day.

According to Czechtourism, Czech is spoken by over 10 million people around the world.

Where is Czech Spoken?

Czech is the official language of the Czech Republic. It is also commonly spoken in other countries around the world such as Austria, Bosnia, Croatia, Poland, Romania and Slovakia. 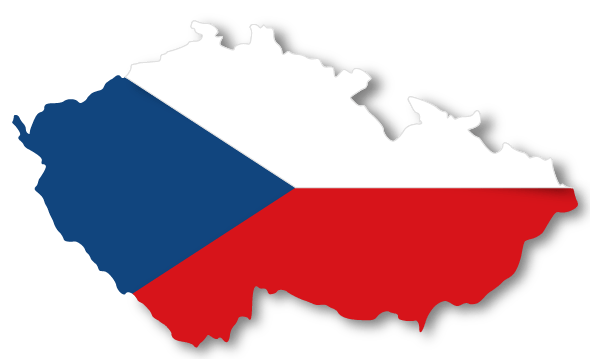 Czech is closely related and mutually intelligible to Slovak as well as Polish! It is also heavily influenced by Latin and German.

Did you know the word ‘thai’ means ‘free’ in the Thai language?

There are four main dialects in the Czech Republic which are separated according to geographic location. E.g. the most common is the “Common Czech,” which is spoken in many places in the country, particularly in Bohemia.
×

“Czech is a relative of Polish, Slovak and the Sorbian languages”

False Friends in Czech and English

The Czech language uses the Latin alphabet, but it has several additional unique characters such as:

• Unlike the English language which uses multiple words to express meaning, one word is often sufficient in the Czech language.

• Some Czech words don’t have any vowels. Generally, consonants can act as vowels in the Czech language.

• Days of the week are not capitalised in Czech.

×
Are you looking for high-quality Czech translation services? Get in touch with Pangea Global! We’ll hook you up with one of our professional linguists who will provide you with accurate and reliable Czech localization services, copywriting, voice overs and more!
×
Get In Touch
×