Old Bulgarian, also known as Old Church Slavonic was used between the 9th and 11th century. Religious people, like Saints Cyril and Methodius used it in translating the Bible from Greek into Slavic and for writing other religious documents. Middle Bulgarian then evolved into the 12th to the 15th century which was used for purposes like the transcription of folk tales. Modern Bulgarian finally took form from the 16th century onwards, borrowing words from Greek and Turkish during the period of the Turkish domination. It later changed drastically in terms of grammar and syntax and began borrowing words from other languages like Russian, French, and German.

According to a study by the Bulgarian Academy of Sciences (BAN), around 15 million people speak Bulgarian around the world!

Where is Bulgarian spoken?

Bulgarian is the official language of Bulgaria, where it is spoken as a first language by 88.46% of the population. 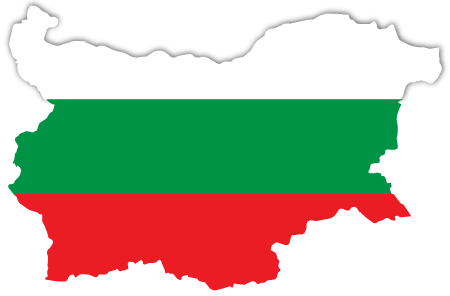 Bulgarian was the first Slavic language to be found in writing! The first manuscripts written in the language date back to the 10th or 11th century.
×

Macedonian is one of the most similar languages to Bulgarian – in fact, until the end of World War II, most linguists considered Macedonian to be a part of Bulgarian. It’s so similar, they can easily be mistaken for two different dialects of one language.
×

“Cyrillic Alphabet Day is celebrated in Bulgaria on May 24th – AKA “The day of the Letters.”

The Bulgarian language famously uses the Cyrillic Alphabet, which is also used by more than 250 million people across over 50 languages. Following the creation of the Glagolitic alphabet by Saints Cyril and Methodius in the 9th century, a student of Cyril’s – Saint Clement of Ohrid introduced the Cyrillic alphabet and thus named it after his teacher.

The Cyrillic Alphabet was therefore originally developed in Bulgaria during the 9th century but then soon spread to become the basis of many others.

The modern Bulgarian alphabet has changed over the years, with around 20 letters like ѣ (the double f) ѫ (Icc big, big Nosivka) ѭ, ѩ being removed. Today the alphabet consists of only 30 letters.

Bulgarian is split into two groups of dialects — the Western dialects, also known as “hard speech” and the Eastern dialects, referred to as “soft speech.”
×

• Be wary when using verbs. There are around 3,000 distinct verbs in the Bulgarian language that are categorised into grammatical groups – person, number, aspect, tense, voice, mood, and gender.

• Carefully consider which gender to use! There are three genders for nouns in Bulgarian – female, male and neuter. This is determined by the noun’s ending.

• When using plurals, all other words in the sentence will have to change as well. Different words and usage of these words will change, including the gender!

×
Are you looking for professional Bulgarian translation services? Get in touch with Pangea Global! We’ll hook you up with one of our professional linguists who will provide you with accurate and reliable Bulgarian localization services, copywriting, voice overs and more!
×
Get In Touch
We use cookies to ensure that we give you the best experience on our website. If you continue to use this site we will assume that you are happy with it.OkPrivacy policy