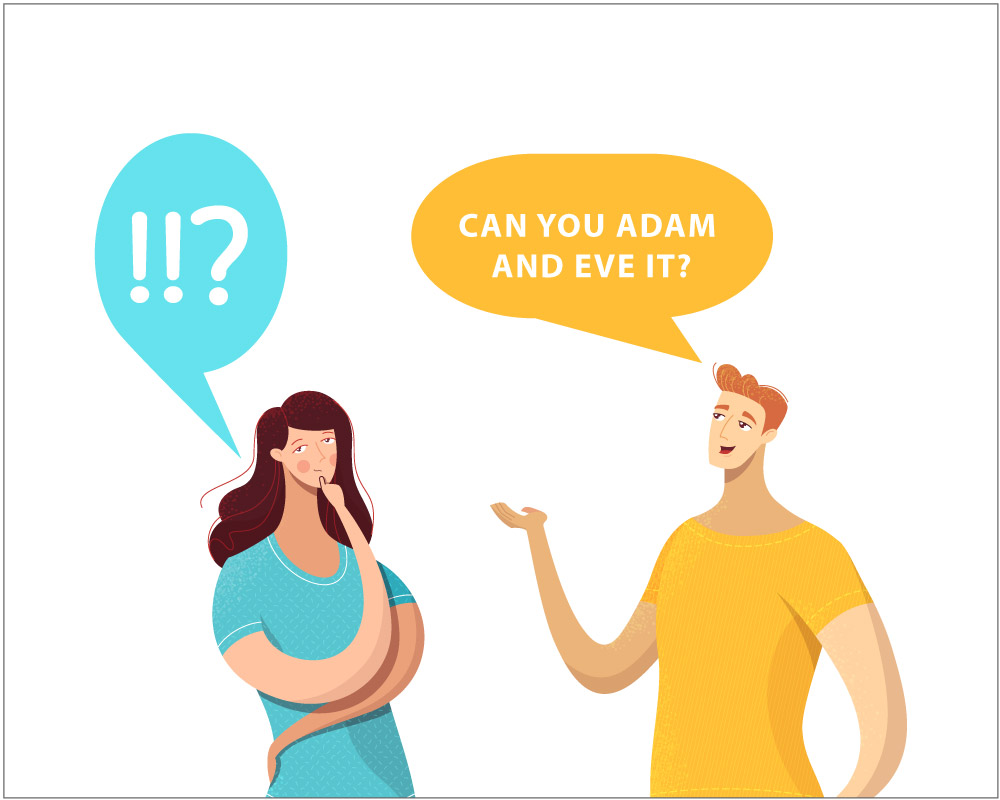 Who says only Brits get annoyed at the sound of certain American words or phrases? British English can every so often be just as bewildering to Americans. However, while most Americans are familiar with words and phrases like “bloke”, “pissed drunk”, or “wanker”, the following 30+ British slang phrases are confusing to most Americans. So, if you really want to make your American friends go bonkers (the British way of saying “go nuts”), you tell them this:

When something is not your cup of tea or is not as good as you want it to be, you say this. Imagine you’ve been toiling away at a research paper, and your professor qualifies it as “a load of tosh”. That’s … ouch!

No, no, don’t be misled by the mention of a familiar name. This British slang phrase has nothing to do with the region in the UK. Not even remotely. Widely used in the highlands of Scotland, it means “a familiar face”, deriving from the Scottish English verb “ken- kenned (or kent)”, meaning “to know”. “I saw a kent face at the grocery store.”

Can you Adam and Eve it? That’s Cockney slang to you. It means “believe”.

When you’ve had a shot too many of Tequila, you’re very likely to experience this nasty, unpleasant, not at all dignifying episode (for the lack of a better word) of falling over due to a temporary loss of balance because of being what the Brits so eloquently call “arseholed” or “inebriated” (to use a proper word).

Yet another funny misleading masterpiece of British slang that has nothing to do with the buzzy, honey-making insects and their knees, this phrase became popular in the 1920s along with “cat’s whiskers”, which means “excellent”.

● Bite your arm off

Not to be taken literally! This idiom shows a willingness to do something, like an extra hand when you need one. “She’ll bite your arm off if you run this errand for her”.

Often used to suggest a random selection of things. “There’s bits ‘n bobs in the fridge if you’re starving”.

No one can hide their feelings better than the Brits (no offence). They have plenty of words and ways to creatively express their unhappiness with the state of things.

This one may not be so unfamiliar to cartoon lovers, especially if you’ve watched 101 Dalmatians 101 times in a row if you remember the conversation between Cruella’s henchmen, Jasper and Horace, when the puppies outsmart them. Then, Jasper tells Horace, “We’ll run ’em down before you can say ‘Bob’s your uncle’”, meaning “easy as pie” or “piece of cake”. But how did this funny slang phrase come about?

Initially, when Lord Salisbury, the 20th British Prime Minister, introduced it, it meant you could get anything done if you’re connected with the right people. Lord Salisbury is famous for appointing his nephew to a high-profile political position.

You wouldn’t be too happy to find out the cheese has gone off, would you? Well, nothing more creative to say you’re upset about something. You can use it in both formal and informal contexts like “I’m cheesed off that you dashed out without saying ‘Goodbye’”.

That’s a funny Welsh phrase meaning “empty cup”. At least, that’s what it meant originally. It is believed to emanate from a pub in North Wales where the mistress made sure everybody would have had a glass too many to drink by the time they left. In time, it has undergone a meaning expansion, coming to signify a long chat.

The world would be so dull without Cockneys, wouldn’t it? Even when they’re knackered or dead tired, Cockneys still have fun saying they’re “cream crackered”.

We all have a few nosy neighbours, don’t we? That’s the word for it.

Usually, a senior would tell this to a youngster when the young one is being disrespectful or trying to outwit the senior.

Used among friends, this British slang phrase suggests a female friend is, said or did something silly.

To a Brit, that’s a hell of a long time.

When someone’s effing and blinding, they are using bad language.

When you get an earful, you’re being scolded or told off.

When your friend takes a holiday at HMP (Her Majesty’s Pleasure), they’ve served their sentence (which could be a few good months in prison). Whoops! S..t happens.

If you’re all pumped up, you can say you’re full of beans.

When the party gets wild, you go knees up.

● You’re all bum and parsley

The Scots know better. You guessed it, this is a quirky Scottish phrase, and it applies to someone who’s too full of themselves, a know-it-all kind, or plainly, a bit of a bragging sass mouth.

● Happy as a pig in muck

Exhilarated, thrilled, super happy (nothing to do with the “mucky” image).

● I’m off to Bedfordshire

No connection to the place. It’s just a funny way of saying you’re going to hit the hay, call it a day, or just go to bed.

● Not give a monkey’s

Monkeys are mischievous by nature, and this phrase could not have depicted that better. But give a monkey’s what? That’s another story, and there’s been a lot of debate around that thing. Suppose you can use your imagination here. However, the meaning of this phrase is “could not care less” or “be indifferent”.

This means it’s bitterly cold. The saying also alludes to the brass handles, which tend to get cold.

● It looks like a bit black over Bill’s mothers

To a non-Brit, this does not mean anything. It is believed to be an allusion to William Shakespeare (Bill) and his mother, Mary Arden of Stratford, who must have been standing in the cold rain for quite a while… Speculation aside, the meaning of this saying is that it’s raining heavily. Synonym: It’s raining cats and dogs. (Not men)

Widespread in the West Country, this is to say you’ve finally found what you were looking for. Or when you remember something long forgotten.

● Making a right pig’s ear of something

Whenever you mess things up, that’s the name for it. Something like, “Gosh, she made a right pig’s ear of that book review.” So, you’d better think twice and do things once, as they say.

Ever had that feeling that you have a woodpecker in your head? Oh yes, we all know what it’s like to have someone nagging you all the time. You’d better run. So, the meaning of this idiom is “You are soooo annoying.”

This phrase became popular in the 1970s. Nobody knows how it came about. Only one thing is certain – its meaning, “throw a temper tantrum”. That’s what a wobbly is – a fit of anger, a whim.

Now let’s make your content shine, shall we? Whether or not any of the above suits your brand tone of voice or story, Pangea Global copywriters and linguists are ready to add the pinch of local colour to your website, landing pages, or social media. We’re one scroll and one message away.
Share this article!