Home » Do You Need to Be a Gamer to Translate Video Game Copy?

Do You Need to Be a Gamer to Translate Video Game Copy? 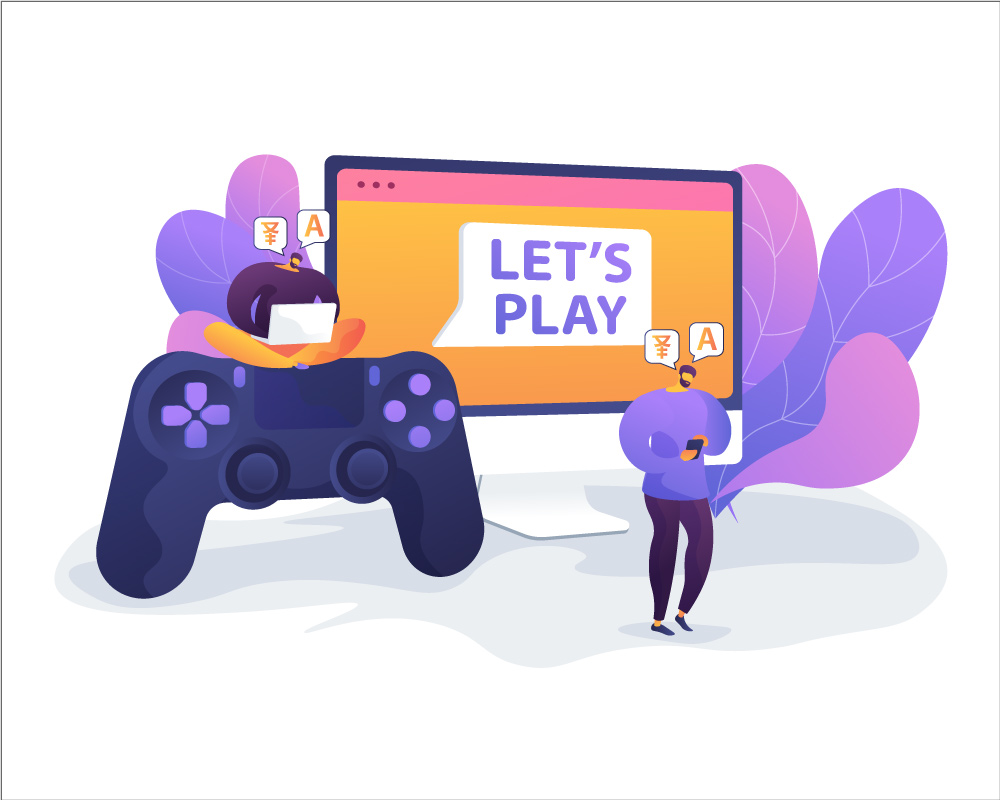 Over the decades, the video game industry grew to phenomenal prominence, making billions of dollars every year. With the ever-increasing demand for more video games, it wouldn’t suffice that they all came in either English or Japanese, as more countries wanted to appeal better to their populace. The demand for more languages resulted in many dubs being recorded for a single game. The demand for video games from the east to the west also resulted in several localization efforts to appeal better to a western audience, considering the cultural gap between western and eastern countries.

A notable example of a game that has been wholly localized is Phoenix Wright: Ace Attorney. What makes it so popular amongst English-speaking players, although the “original” game was set in Japan, is that the English version is perfectly adapted to the US English locale. Here are a few examples of in-game dialogue. 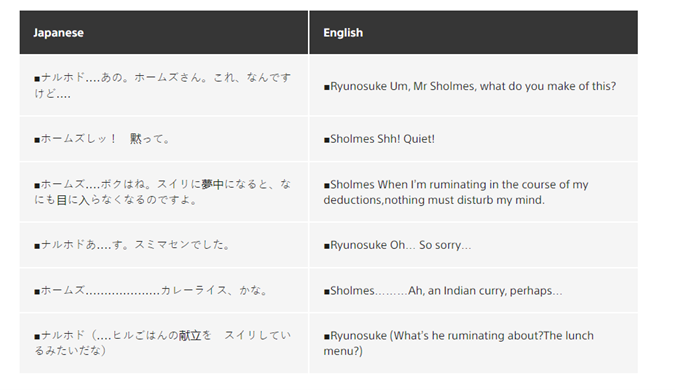 As Janet Hsu, Localization Director at Capcom, who is also “guilty” for the awesome localization of The Great Ace Attorney Chronicles, including Phoenix Wright: Ace Attorney,  very well put it, behind every localization choice hides intent, need, and expectation… the locale’s expectation, of course. The dialogue sample above is a typical blend of cultural and linguistic expectations, intent, and authenticity. In the Japanese version, Sholmes assumes they’ll probably have rice curry for lunch. But hey, Japanese cuisine does not have rice curry. So, the translator “adapted” the dish to the Western mindset. And yet, it’s not so alien to the Japanese realm, since the British introduced this dish to Japan in the mid-19th century but didn’t become popular before the dawn of the 20th century when it was adopted and adapted by the Japanese army and navy into the perfectly Japanese culinary artefact it is today.

Why are we still dwelling on this? In essence, any Japanese player reading that line will automatically assume that it refers to a non-Japanese dish, which, in their mind, will be “Indian”. It would be hard, if not impossible, to understand why Sholmes would think about rice curry outside this cultural context. That’s why Hsu & colleagues opted for Indian curry instead of just rice curry.

The localization devil is in the details

Whether the translators of The Ace Attorney were gamers or not, we know not. What we do know is that video games spiked in popularity all over the world because they have gradually become local. Of course, if we think about Cyberpunk 2077, we might hold that thought a little… a little more… and more.

We have spoken about the Russian localization blunders of Cyberpunk in a previous article; we will not reiterate them. What we want to highlight in this article is why it went wrong. Maybe because the translator was not a gamer.

Why is it so important to be a gamer? In the case of Cyberpunk 2077, it is. Replete with gang slang like “choom” or “gonk”, the game has racked the brains of dozens of video game localizers. These terms are used to describe certain moods, and it is up to the translator to be creative to convey their meaning and intent. To decipher these, we need to dig deeper into Cyberpunk’s development history.

Lest we forget, Cyberpunk’s developer and designer is Mike Pondsmith, a notorious African American game designer and a science fiction lover. A lot (if not most) of the language in his game is street slang used to depict a world of divisive racism and corporations forever at war. Working closely with CD Projekt Red might lead us to think he thought of “choom” as some sort of gang-style sweet talk like “bro”, “dude”, “man”, “bud”, or “mate” for the Brits. So, you guessed it, “choom” means friend.

In contrast, “gonk” means “idiot” or “fool”. This one is a real one, even! Chiefly British, though. LoL.

So, do you have to have a kinky “street life” to be a video game translator or localizer? Um… No, not really. You just have to be a gamer to sense all the nuances and the techy nuances of the game itself. And, let’s face it, the Cyberpunk series is a cornucopia of those. See for yourself (if you haven’t already):

●Apogee: The greatest. Here’s another real English word made popular by the space-travelling Highriders.

●Chippin’ In: To insert a chip and generally install cyberware.

●Culture Vulture: Entertainment journalist. In our earthly world, it’s an ironic label for someone who is ridiculously obsessed with arts and artefacts. However, in the dystopian world of Cyberpunk, culture vultures are reporters chasing ambulances and living off publicising tragedies. Whoops! 🤦

●Dorph: Endorphins; a synthetically engineered endorphin. In Night City, hackers use Dorphs to enhance their performance. 🤣

●Fixer: Dealmaker. This is a “live” and used word today. In Cyberpunk, it is associated with crime.

●The Edge: The suburbs, the outskirts, the ghetto, think of it as the dark side of town, almost Sin City-like.

●Edgerunner: One who lives on the Edge and at the edge of the city. It also carries a powerful connotation of “honour” and even “vocation”, “calling” of someone who gets things done by outsmarting the law. Dodgers? Maybe not dodgers, dodgers, but close enough. 😉

●Eddies: Money. After all, money makes the world go round in Night City and real life. The EUR/USD currency pair is often referred to as Eurodollar in the US and EDS for short. So, that’s not so far away, is it?

●Gato: Cool, a loanword (or a calque) of the Spanish word for cat. It means “cool cat”, even in Cyberpunk. Meow! 🐈

We could speak about the rich vocabulary of Cyberpunk forever and the day and still not finish. So, we will rest our linguistic case here. But one thing is certain. More than enough ink has been spilt on the topic of this game’s localization, the reason being the game itself. A translator with no gaming inclinations will never be able to capture and convey all the “juice”.

Localization is key to video game popularity. When done right, not only does it bring the game in front of players worldwide, but it also creates an immersive experience like The Ace Attorney. Have a game you want the whole world to play? Fill in the form below and find out how we at Pangea Global can make your game immersive in 70+ languages.