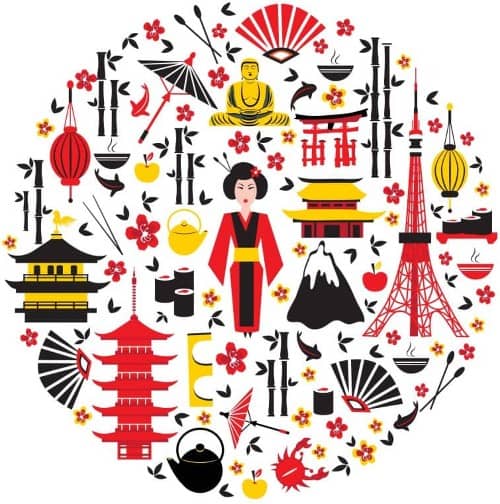 Two out of the ten most popular languages in the world derive from East Asia. Chinese and Japanese are officially the most spoken languages worldwide, each standing at first and ninth place, respectively. However, East and Southeast Asian languages go far beyond just Chinese and Japanese – Malay, Burmese, and Thai are just a few of the additional common languages spoken in these regions.

After listing the most popular African languages in our previous blog post, we’ve taken the time to unravel Asian languages, too. So, from Indonesian to Korean, we present to you a definitive list of East and Southeast Asian languages and their interesting facts…

Mandarin is the official language of China. Titled the most natively spoken language in the world, Mandarin is said to have almost a billion speakers worldwide. It is also listed as one of the most recommended languages to translate your website into. Taught in all schools nationwide, Mandarin is based on a Beijing dialect and its words are generally recognized with their “儿 (ér)” sound at the end. Other forms of Chinese used across China include Cantonese, Hokkien, Wu, Gan, Xiang, Min, and Hakka. Chinese characters are called “logograms”. There are over 100,000 of these characters and each one represents a word or phrase. Additionally, Chinese has four tones along with a neutral tone with each one used to differentiate words.

Fun Fact? It is believed that those who speak Chinese use both sides of their brain (temporal lobes). English speakers, for example only use their left side. These temporal lobes are used to differentiate between words.

Used in countries such as Indonesia, Singapore, Brunei and of course, Malaysia, Malay is spoken by more than 20 million people worldwide. Also known as “Bahasa Melayu”, this Southeast Asian language has two different dialects. The northern dialect is spoken in Malaysia, Singapore, and Brunei while the southern dialect is used in Indonesia. Believe it or not, Malay has been the inspiration for several English words. “Cockatoo” for example, comes from the word “kakatua” in Malay, which is a name of a bird. “Sarong” was inspired by the word “sarung”, which is a type of sheath or covering.
Bonus Fun Fact? Malay and Indonesian are extremely similar languages, in the same way American and British English are.

As mentioned earlier, Indonesian and Malay are closely related. As a matter of fact, it is considered a dialect of the Malay language with the differences only lying in vocabulary and accent. Indonesian is believed to be the native language of approximately 23 million people. It is also spoken by a said 156 million people as a second language. Unlike languages like Mandarin and Japanese which have their own writing script, Indonesian uses the Latin script. For this reason, it is considered one of the easiest Asian languages to learn.
Fun Fact? Indonesian is the third most used language in WordPress. There are more than 1.5 million Indonesian blogs on the CMS.

Burmese, also known as “myanma bhasa” is the official language of Myanmar. It is spoken by over 50 million people around the world, with most speakers based in Thailand, Malaysia, Singapore, and of course, Burma. Burmese is a tonal language, which means one word could have several different meanings depending on its tone (high or low sound, for example).
Fun Fact? The Burmese script uses rounded letters due to the traditional use of palm leaves as writing material. Any straight lines would have torn the leaves. The Burmese script is known as “ca-lonh”, meaning ’round script’.

Spoken by around 60 million people globally, Thai is the official language of Thailand, but it is also spoken in countries like Malaysia, Cambodia, Myanmar, and Laos. There are different dialects of the language according to different areas of the country, and there are also varying registers (in Standard Thai) including Street Thai (spoken to friends), Elegant Thai (to strangers), Rhetorical Thai (for public speaking), Religious Thai (to monks), and Royal Thai (spoken to or about the royal family).
Fun Fact? Unlike Western languages, Thai words do not change according to tenses, plurals, or genders.

Japanese is spoken by more than 120 million people in Japan and it is ranked as the 9th most popular language in the world. This Asian language is considered one of the most difficult and complex to learn in terms of writing. There are four systems of writing which include kanji, hiragana, katakana, and romaji. Kanji is based on the Chinese writing system and includes 2000 characters; Hiragana is the most original writing system which is used for simple words and even children’s literature; Katakana is used when writing foreign words and finally, Romaji is a romanised form of Japanese words. It’s also worth noting that Japanese is one of the only Asian languages that isn’t tonal.
Fun Fact? Japanese speakers make up less than 2% of the world’s population but nearly 10% of internet users.

Vietnamese is the official language of Vietnam and it is also spoken by many people in countries like Cambodia, Laos, Philippines, and Thailand. It is a language that’s very much influenced by Chinese although it does have some French influences. Spoken by more than 70 million people worldwide, Vietnamese was once written using Chinese characters, as China ruled the area in historic times. By the 17th century however, the Latin alphabet took over due to French colonial rule.
Fun Fact? Countries like Germany are using Vietnamese as a popular foreign language to study due to the many Germans making economic investments in Vietnam.

Korean is spoken by roughly 80 million speakers around the world. Used as the official language in both North and South Korea, Korean is also spoken by millions in China, the United States, Japan, and even Kazakhstan and Uzbekistan. Despite its distinct grammar, up to 60% of Korean words have Chinese origin. When it comes to translation? Due to the difference in alphabets and script size and lengths, Korean documents are usually difficult to translate, especially when it comes to the Latin alphabet. For example, more space will be required for bigger words and additional characters.
Fun Fact? Korean letter shapes are made to look like the tongue, mouth, and teeth when articulating their sounds.

The Philippines may have 130 languages but its official and most popular is Filipino. It is also spoken in other nations such as the United States. Filipino is often confused with the Tagalog language but in fact, Tagalog is said to be the foundation of the Filipino language. They have the same grammar and vocabulary, but Tagalog is mainly spoken in Central Luzon, while Filipino is spoken nationwide.
Fun Fact? Tagalog is heavily influenced by the Spanish language. 40% of its vocabulary consists of Spanish words and its influence has been passed down to Filipino to this very day.

Mongolian is spoken by approximately 2,000,000 people. It is the official language of Mongolia and is also used by some of its surrounding areas. Although it is considered one of the least spoken languages in the world, it is still a significant Asian language. In fact, it is one of the oldest languages of our time, and it is referred to as one of the most complicated to learn. Believe it or not, Mongolian uses the Cyrillic alphabet, although it is very distinct from the Russian language. It does however, borrow Russian words for technology-related terms.

Fun Fact? Although it has a totally different alphabet, Mongolian is actually like Japanese and Korean in terms of grammar and sentence structures. It is said to have more vowels compared to other popular languages in the world.