Armenian is an Indo-European language. Its first scripts route back to the 5th century, when it was known as Classical Armenian. It was between the 11th and 15th century when Middle Armenian came about which was heavily influenced by other languages such as Arabic, Turkish, Persian, and Latin. In the 19th century, the Armenian language separated into two dialects – Eastern and Western Armenian. This happened when Armenia was divided between the Russian and Ottoman Empires.

According to Britannica, Armenian is spoken by almost 7 million people around the world.

Where is Armenian Spoken? 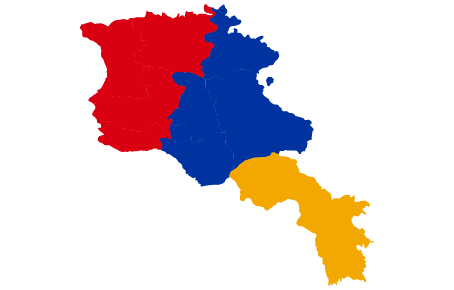 Armenian punctuation is different from Western languages. The full stop is a “:” and a question mark is a wavy line that’s placed above the word in a question. For example, “how are you?” in Armenian is “Inčʿpe?s es”.
×

The Armenian alphabet was created in 405 AD. The main reason it was established was to translate the Bible so it could be read by the local people.

“The Armenian alphabet is based partly on Greek letters.”

The two common Armenian dialects include Eastern and Western Armenian. They vary in terms of where they are spoken, pronunciation (of consonants) and spelling.

• Modern Eastern Armenian – spoken in Armenia and some communities in Azerbaijan and Iran.

• Modern Western Armenian – spoken in Anatolia, Turkey (before the Armenian Genocide). Today, it is used by Armenian communities in the USA, Europe, Middle East, Australia, and South America.

• There are no gender distinctions in the Armenian language

×
Are you looking for professional Armenian translation services? Get in touch with Pangea Global! We’ll hook you up with one of our professional linguists who will provide you with accurate and reliable Armenian localization services, copywriting, voice overs and more!
×
Get In Touch
×