It is believed that the Chinese language is part of the Sino-Tibetan family. Old Chinese, also known as ‘Archaic Chinese’ was the most common language used during the 11th – 7th centuries B.C. Its written form was reserved for the wealthy and it had a rich sound system where aspirations and rough breathing was used to differentiate the consonants. Middle Chinese (7th – 10th centuries A.D) is closer to contemporary Chinese, especially in terms of writing styles. There was much foreign influence during this time whereby transliteration of words from other languages merged with Chinese. Finally, Contemporary Chinese (also known as Mandarin) was introduced and in the 1940’s, the People’s Republic of China was set out to ensure that everyone in the country spoke the same language – Mandarin. The 1950’s and 60’s saw the introduction of Simplified Chinese when the government wanted to simplify the writing system to encourage literacy. From then onwards, Simplified Chinese went on to become the official writing system of the Mainland.

Chinese is spoken by around 16% of the world’s population – approximately 1.2 billion people around the globe speak some form of Chinese as their first language. It is an official language in 4 countries/regions worldwide including China, Hong Kong, Macau and Singapore. 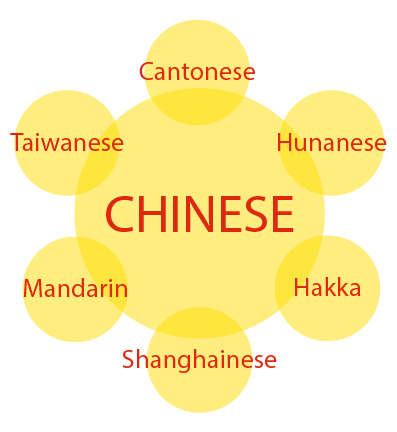 Countries and their Chinese Dialects: 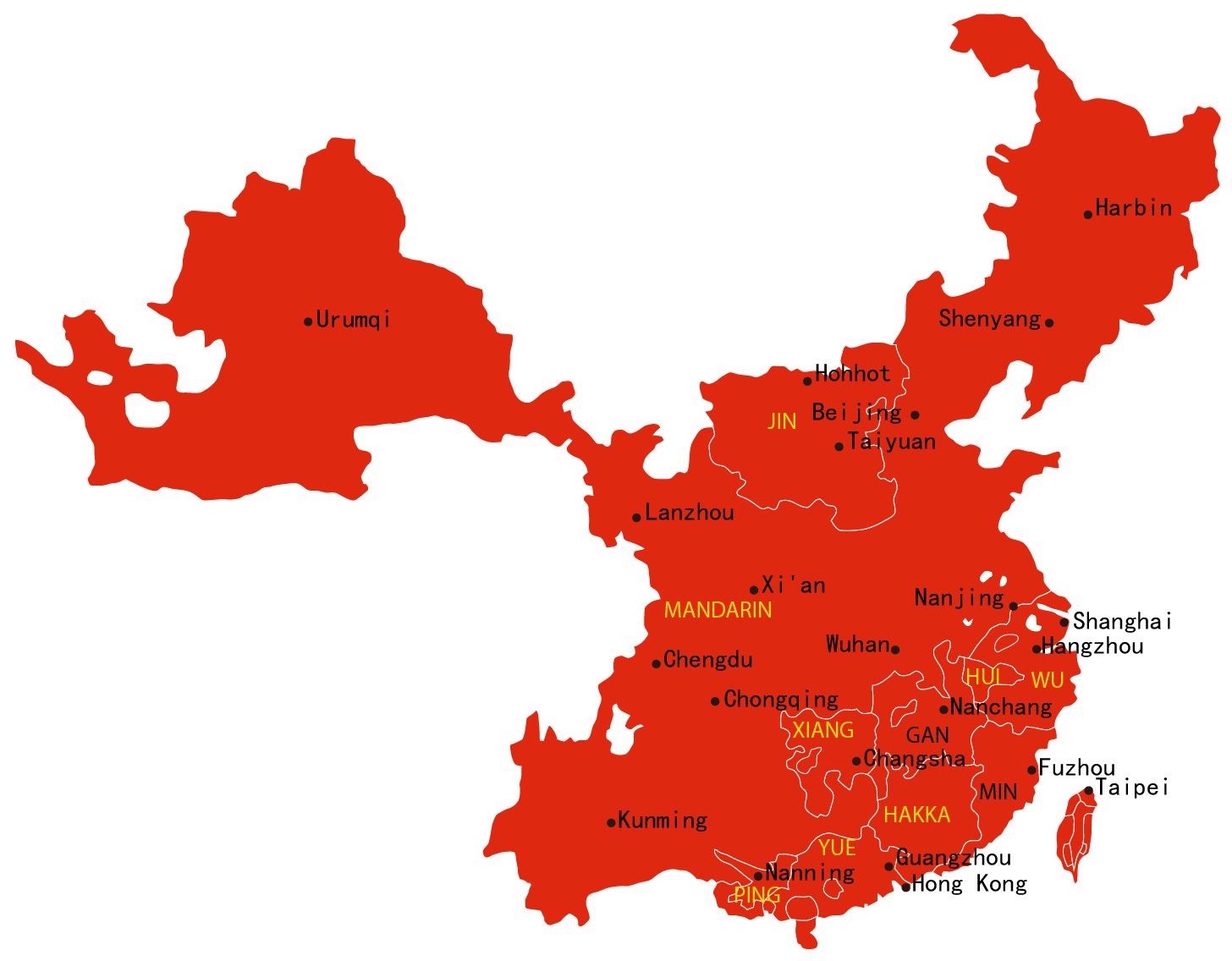 Mandarin is the most spoken dialect of Chinese. There are 800 million native Mandarin speakers and one out of five people speak it around the world.
×

Mandarin is the most spoken dialect of Chinese. There are 800 million native Mandarin speakers and one out of five people speak it around the world.
×

“Chinese is officially the most spoken language in the world!”

Chinese is the Hardest Language to Learn

It may be a vital language when it comes to business and global matters, but in fact, Chinese is the one of the most difficult languages to learn. According to the United States Foreign Service Institute, it can take an English speaker more than 2,200 hours to learn Chinese!
×

Mandarin is a tonal language. It has four basic tones and a fifth neutral one. If you get the tone wrong, the meaning of the entire word could change!
×

There are some differences in Chinese dialects, especially with Cantonese and Hakka. These differences are mainly noticeable in informal writing styles.
×

• Simplified is mainly used in China Mainland,
Malaysia and Singapore.

• Avoid translating character by character. Make sure to read the entire sentence before translating.

• Be cautious of grammar! Chinese grammar is rather flexible and tense is generally represented through ‘adverbial’ or ‘auxiliary verbs’.

• Chinese has a shorter sentence structure compared to an English sentence!

• The active voice is very common in the Chinese language, unlike English which generally uses the passive voice.

• Words do not change in the Chinese language. Unlike European languages, words have a fixed form and do not change no matter where they’re placed in a sentence.

• Chinese is topic-prominent – meaning the thing the sentence is about is put first. Whereas English is subject-prominent so the doer of an action is placed first.

×
Are you looking for professional Chinese translation services? Get in touch with Pangea Global! We’ll hook you up with one of our professional linguists who will provide you with accurate and reliable Chinese localization services, copywriting, voice overs and more!
×
Get In Touch
×