Home » Chinese Marketing Translation: How to Do It Right

Chinese Marketing Translation: How to Do It Right 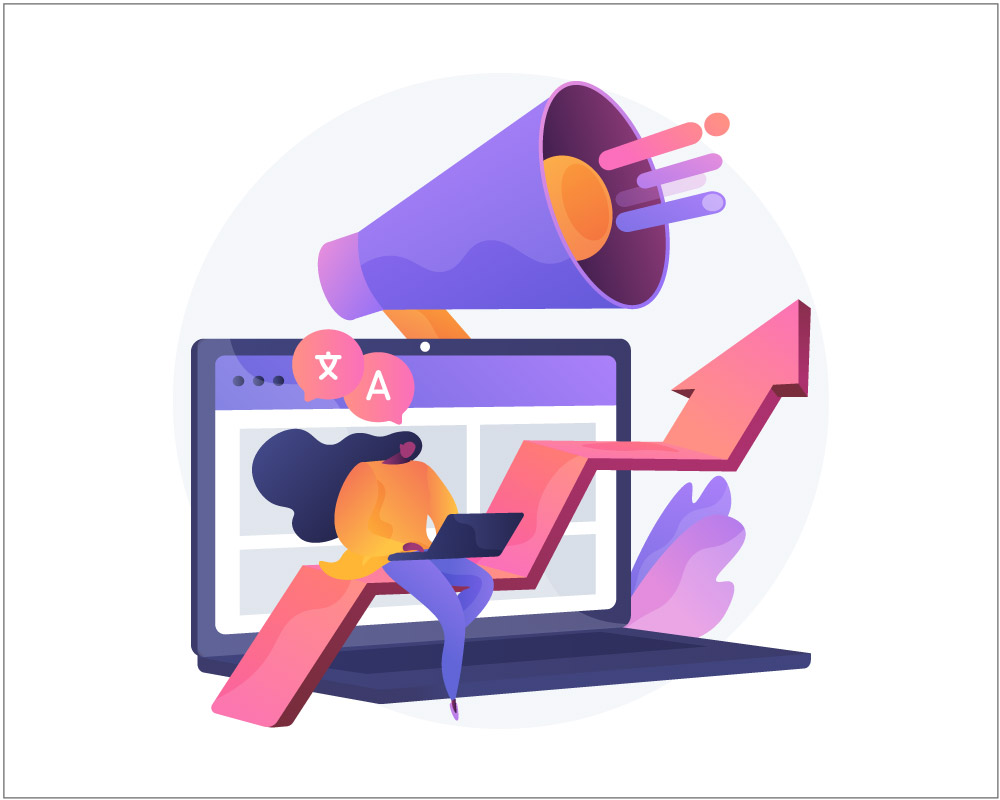 If there is one market that poses the greatest challenges to translation and localization, it is China. When marketing to China, most companies overlook that the Chinese language is as diverse as the regions where it is spoken. Chinese marketing translation should, therefore, reflect the cultural uniqueness of the region it is intended to serve.

In this blog post, we break down some of the most common Chinese marketing translation aspects that businesses and marketers should have in mind when expanding to the Chinese-speaking market. Let’s dig in!

Before translating any piece of Chinese-written content, it’s vital to have a clear audience segmentation per locale. Answering a few simple questions like: “Do I need to use Chinese Simplified or Chinese Traditional?” “Who is my target audience?” “What need does my product meet in that market?” will help you determine the approach you need to take and how to shape your marketing copy to suit your audience. This is the first step in building a well-rounded, targeted Chinese marketing campaign.
Many linguists are confused by the complexity and the dialectal diversity of the Chinese language. There are fundamental differences between Mandarin (Putonghua), Cantonese and the Mandarin variant spoken in Taiwan.
For example, “土豆” literally means “earth bean”. However, in Taiwan Mandarin, it translates to “peanut”, while in Mainland China’s Mandarin, it means “potato”. Overlooking these differences would (and often does) result in hilarious mistranslation that could hamper your marketing efforts and damage your brand.
To keep you from harm’s way, we have broken down the differences between Cantonese and Mandarin in the table below:
Although they stem from the same language, all these Chinese variants have developed numerous differences, depending on the country or region they are spoken. Therefore, you must translate your material into the appropriate Chinese language. But where do these differences come from?
In 1949, when the communists seized power, they enacted several reforms, including literacy and simplifying the writing style and characters. This is how the simplified characters came about, and they made a stark difference from the traditional, complex ones. Let’s have a look.
Ever since, the simplified characters have been the base of the official written language in Mainland China. More recently, they have also been adopted in Singapore and are widely used in a few other countries, such as Malaysia, some countries in Southeast Asia, and certain regions of the US.
Thanks to Chinese migrants leaving China in search of a better life, five dialects are spoken in Northwest US alone:
● Xiang, also known as Hunanese, is spoken mainly in the Hunan Province, in the southern part of China
● Min, the dialect spoken in Fujian, Taiwan, Hainan, and some parts of eastern Guangdong, the Leizhou Peninsula, and some areas of Southeast Asia
● Gan, a dialect frequent among the inhabitants of Jiangxi and the southern corner of Hubei
● Wu, spoken in Zhijiang and the southern parts of Jiangsu and Anhui
● Kejia or Hakka, common in northeastern Guangdong, southwestern Fujian, southern Jiangxi, throughout southeastern China and Southeast Asia
With 70 million people belonging to 55 different ethnic groups living on China’s mainland – each of which has its linguistic uniqueness (i.e., different stress and pronunciation rules, homophony, etc.) – diversity is the norm. And that diversity should transpire through translation or voice-over.

The nitty-gritty of Chinese marketing translation

If you’ve got this far in the article, it means you’re really interested in Chinese marketing translation tips, so keep going because things are about to get spicy.
Suppose you’re planning to market your products or services to Hong Kong. Then, you must be aware of the differences between Cantonese and Mainland Chinese Mandarin. This brings us to the next point.
Apart from the nuanced dialectal differences between the two languages, Cantonese has also developed informal slang or phonetic characters. These characters are used in addition to traditional Chinese characters in informal contexts, as shown below.

When acclimatising your marketing message to the Chinese culture, you need to consider the region, dialectal particularities, writing system, sentence structure, romanisation system, and the cultural implications of your message. Would it be perceived as offensive? Hilarious? “Nothing sucks like an Electrolux” – remember that one? Or maybe “Do nothing” by the one and only HSBC.
The solution to avoid these traps is transcreation. Let’s take a look at a few brilliant examples of Chinese marketing translation:

The Chinese slogan of the famous American cosmetics brand literally translates to “Beauty comes from within, beauty comes from Maybelline”. However, what makes it attention-grabbing is the repetition of the character (美) – which means “beauty”.
The Chinese localization of the brand name – Maybelline – is the three-character word “美宝莲” (Měi-bǎo-lián), which means “beauty-treasure-lotus”. This is a clever word choice that makes the brand stand out from the crowd, and a lot of research would have gone into such a targeted approach. 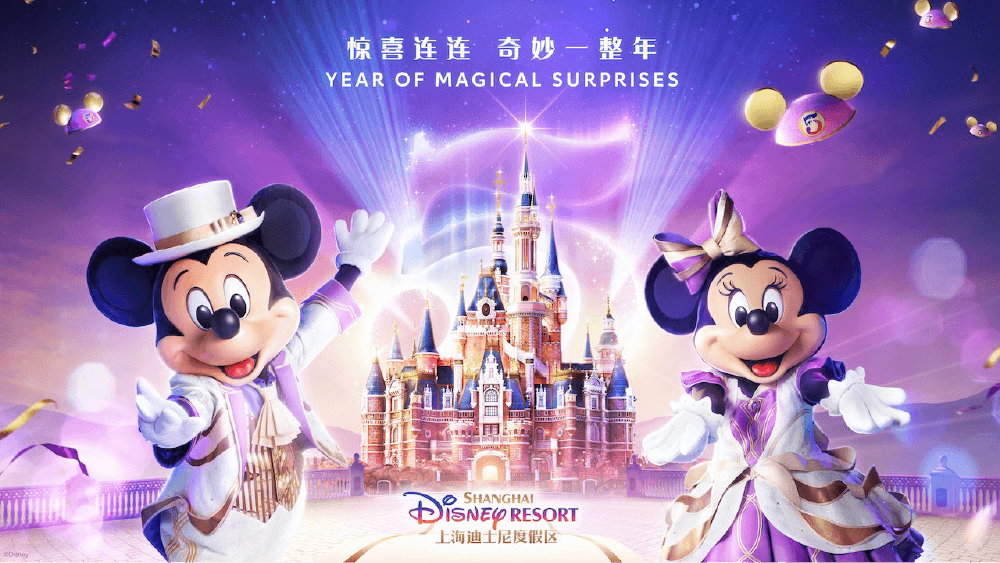 American multinational entertainment giant Disney is written literally in Chinese as “迪斯尼”, but the company has placed great care and thought into the slogans used in its marketing campaigns in the country. Bosses realised that Chinese consumers did not simply want to see a replicated global brand, but experience something that is tailored and built uniquely for them.
Consequently, Disney localized its approach, promoting the “authentically Disney, distinctly Chinese” message, and having it well translated into Chinese – “原汁原味迪士尼，别具一格中国风“. This demonstrated Disney’s awareness and understanding of the local culture, along with consumer habits, making its brand positioning more relevant to the local consumers.

It may be one of the most globally recognised brands but Coca-Cola understood the value of localizing its logo specifically for the Chinese market. Company bigwigs realised that the majority of brands that enjoy long-term in China have Chinese names. This plan of action has scalability in mind because, as the business expands, a catchy Chinese name will help to reach more local consumers, which builds trust and brand awareness much more effectively
Here, Coca-Cola localized for the Chinese market, with its brand name being translated as “可口可乐” in Chinese, which literally means “delicious and happy” and has a distinctly positive connotation. This ploy was deliberate, as it also sounds very similar to its original English name, making it more authentic to its original brand name. Associating the name “可口可乐” and the product name with the emotions of happiness and enjoyment is clever marketing, and has contributed to the ongoing success the company has seen in China.

Making inroads into such a vast and culturally unique country like China can seem an impregnable task. But centring your SEO strategy on the likes of Maybelline, Disney, and Coca-Cola would bea good place to start. However, don’t overlook other search engines like 360 and Sogou.

In Chinese, copywriting can be quite challenging. Let alone writing content that ranks high on Baidu. However, there are a few tried and tested tricks you could use for that:
● Use Chinese Simplified
● Study Chinese consumers’ search behaviour
● Note that Baidu won’t index Chinese dialects like Cantonese or any other Western language
● Tag all your images, and remember to create laser-focused meta titles and descriptions
● Never, ever criticise the government, or you’ll feel their wrath and ire – they’ll block your website or blog, clamp down on your social channels, etc.
● Be sure to get an ICP (Internet Content Publishing) Licence
Okay, the last point is tricky because obtaining an ICP Licence is conditioned by having a physical address in Chinese. Unless you have deep pockets to rent an office in China, you could dodge this (by the way, we mean no offence) by partnering with a local Internet provider. It will do the trick!
That’s, in a nutshell, what Chinese marketing translation and localization are all about. As always, if you need help impressing your Chinese prospects, count on Pangea Global, your Chinese marketing translation companion. We’d love to hear from you. Drop us a line.
Share this article!