Home » The Language of Football – A Guide

The Language of Football – A Guide 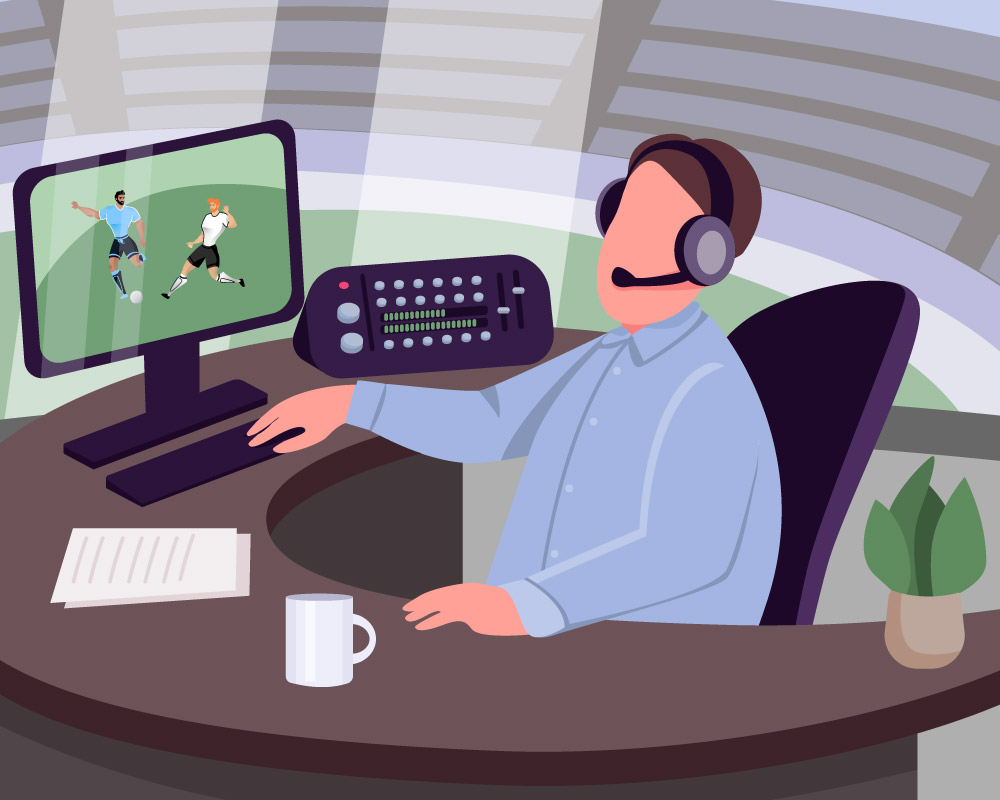 Football is one of the most popular games on the planet, and one that is played, watched and obsessed over by billions of people worldwide, children and adults alike.

It’s a sport that spans continents and transcends social class, with a ball and two jumpers for goalposts all that’s needed to take part in the beautiful game we know and love.
Since its inception, the game has grown from relatively humble beginnings to become a multi-billion dollar business, with players earning unthinkable sums of money on a weekly basis.
Indeed, the modern-day soccer sphere is in many ways in a world of its own, with defined hierarchies, financial structures and agendas.
However, it is the language of football we are most interested in – from overused clichés to forgotten terms and phrases, read on to find out more.

For most British fans, this question will be met with utter disgust and contempt, while those in certain other parts of the world will offer a different response.

In the United Kingdom, Central and South America, and the majority of Africa, Asia and mainland Europe, it is known as football or a variation of it.
Meanwhile, in North America, Australasia, South Africa, and parts of Southeast Asia, it is referred to as soccer in their own various languages.
But how can this be? Well, the terms in fact originate from 19th century England, when the game began being played under Football Association rules, to properly distinguish it from rugby football.
Inevitably, the names would be shortened to rugger and assoccer (and later to soccer) with both only ever becoming a nickname for each sport, with rugby and football being deemed the commonly accepted labels by the 20th century.
Over in the United States, the growth of American, or gridiron football led to association football players adopting soccer as a way to refer to their sport. The name caught on, and it stuck.
Today, both terms are used in translation when referring to the sport. While football is more common, soccer is generally used in places where football can be ambiguous.

Where would we be without the football cliché? Those overused phrases that fans are sick to the back teeth of, the ones that players, managers and commentators blurt out seemingly without thought or regard for what they are actually saying.

For those wondering, a cliché is defined as an expression or saying that has become so overused that it has lost some of its original impact or meaning.

Let’s take a look at some of the best (or worst) football clichés that appear frequently and make some supporters wince the most.

● It was a game of two halves

Talk about stating the obvious! This is a classic phrase often heard in post-match interviews, as well as from pundits. However, it is meant to imply that one team played better in the first half, while the other were more dominant in the second half.

As one of the oldest clichés in the game, it is so obvious that it doesn’t need to be said. Usually heard when a team has scored just before half time, or in a discussion about a hypothetical situation where a goal wasn’t scored – and how it could have affected the scoreline.

● Take each game as it comes

Another valid entry into the football cliché hall of fame, it is used interchangeably with ‘one game at a time’ by players and managers, who don’t wish to look too far ahead in case they raise expectations. It’s a stock phrase to avoid seeming overconfident or complacent.

This one relates to an important match between two direct rivals in the table, particularly those seeking to avoid relegation. The result here is crucial, as the winning team denies three points to a close rival, while securing three points themselves, hence the illusionary ‘six-pointer’ theory.

Again, not to be taken literally, but when this is uttered by a pundit, it is not good news for a manager. It is an assumption that the players no longer respect, support or believe in the coach – or follow his instructions. This situation normally leads to the sacking of the manager.

● I’ve seen them given

When a TV or radio commentator says this on air, it is likely to refer to a contentious penalty decision. If a referee could have awarded a penalty but decided not to, this phrase is used to state that it would not have been a surprise had it actually been given.

While stray dogs have entered the pitch on rare occasions, this is not referring to a face-off between two hounds. It simply describes a particularly intense or close relegation ‘fight’ between two or more teams, also known as a ‘fierce scrap’ or ‘closely-fought battle’.

● The magic of the cup

In England, this almost exclusively refers to the oldest national football competition in the world, the FA Cup. This ‘magic’ is usually generated when a smaller club goes on an exciting cup run, beating more illustrious sides, and earning some much-needed revenue along the way.

Throughout history, the simple game of football has provided many moments of sheer drama, untold excitement and utter despair – in equal measure.

However, few sports have managed to convey a period of time – through the power of words – as effectively as football. See below a list of the top three phrases synonymous with a footballing moment in time.

It refers to a goal scored by the legendary Diego Maradona, who infamously used his hand to divert the ball into the net against England in the quarter-finals of the 1986 World Cup. The term derives from the player himself, who stated that the goal was “a little with the head of Maradona, and a little with the hand of God”.

Named after the iconic former Czechoslovakia midfielder Antonín Panenka, who was credited as the first player to perform a delicately chipped penalty kick, in the 1976 European Championship final against West Germany. Since then, players who chip the ball during a penalty are described as executing a ‘Panenka’ shot.

If the year 1966 was mentioned in England, many people would automatically think of the country’s World Cup-winning side. The famous 4-2 win over West Germany at Wembley is ingrained in the minds of generations of fans – even if they were not alive when it took place. Also, ask anyone in Liverpool about ‘Istanbul’ or Manchester United fans about ‘1999’.

At Pangea Global, our main focus is to meet your translation and localization needs via our dedicated team of professionals who are on hand to help make your content sparkle. Does this sound good to you? Get in touch here.